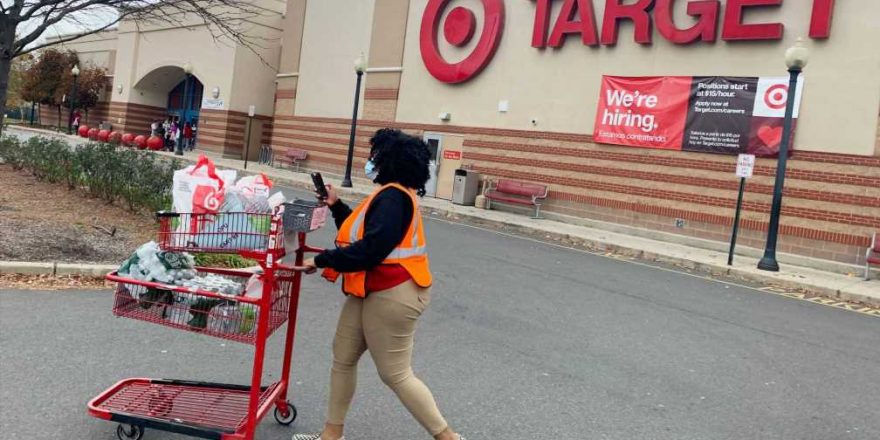 Target will join a growing list of companies that are offering extra pay and other incentives to try to nudge employees to get a Covid-19 vaccine.

The retail chain said Wednesday that it will offer all of its hourly employees up to four hours of pay when they get the two shots. It will also cover the cost of a Lyft ride, up to $15 each way, to the vaccination appointment. And it's working on ways to get CVS or other providers to give doses to workers at CVS pharmacies inside of its stores or at Target's distribution centers.

Target has more than 350,000 part-time and full-time workers across the country who will be eligible. It will not require employees to get the vaccine, a company spokesman said.

"As more vaccines become available, especially for frontline and essential workers, we'll help our team members across the country get the information and access they need," Target's chief human resources officer, Melissa Kremer, said in a corporate blog post.

So far, a limited supply of vaccine doses has kept more Americans from getting the shots. As supply increases, however, community groups, local leaders and companies will have to tackle new challenges. They will have to persuade some Americans to get the vaccines or help them overcome potential barriers, such as a lack of child care, transportation or time off from work.

More than a dozen companies have already announced incentives as part of their strategy. Discount grocers Aldi, Dollar General and Trader Joe's are offering four hours of pay total for getting the two doses. Lidl is giving $200 to people who get the shots. Kroger said it will give a one-time payment of $100. And several other companies, including Chobani, Amtrak, Darden and McDonald's have also announced cash payments.

Some companies may require the vaccine, rather than incentivize getting it. United Airlines CEO Scott Kirby said he wants to mandate the shots for the company's more than 60,000 employees and thinks other companies should do the same.

Grocery and big-box store employees have especially been on the front lines of the pandemic, as they have worked the cash register, assisted customers and stocked shelves in narrow aisles. When restaurants and malls shut in the spring, their stores stayed open to provide groceries, cleaning supplies and other essentials. Some of those workers have gotten sick and died from Covid-19.

A major grocery union, the United Food and Commercial Workers International Union, released a new tally Tuesday of workers in its union who have gotten sick or died. It said more than 30,100 grocery workers have been infected or exposed to Covid-19 and at least 137 grocery workers have died. That doesn't include workers at grocery stores, distribution centers or other food-related workplaces who are not unionized, such as Target, Walmart, Amazon-owned Whole Foods and Trader Joe's.

The union has pushed for grocery and meatpacking plant workers to have priority access to the vaccine.

Target has not said how many employees have gotten sick from Covid-19. During the pandemic, the retailer has offered extra pay and additional coronavirus-related benefits like paid leave to hourly workers and stressed a focus on safety. It accelerated plans to raise its minimum hourly wage to $15. Last month, it said it would spend about $200 million on another round of employee bonuses.