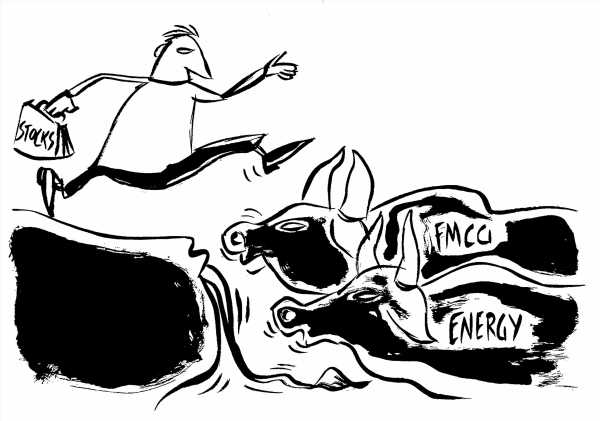 Switch to Laggards for Stock Rewards

The laggards include FMCG (16 per cent), Energy (37 per cent) and Media (34 per cent).
Devangshu Datta reports.

The bull-run is still going strong despite nervous moves from FPIs as rising US inflation and strong employment data could lead the Fed to tighten sooner.

The Nifty and Sensex hit all-time highs. The one-year performance is astounding.

The technical takeaway from this move is simple: Trend is up, and momentum is strong.

However, we often see profit-booking and a shift in trading perspectives, when a market hits new highs.

Traders book profits in some gainers, and switch to long positions in some laggards.

It may be interesting to look at some of the leading and laggard sectors.

There isn’t a single loser in the sector indices.

Metals have benefited from a switch in the commodity cycle.

Realty is a speculative momentum trade — it has 11 per cent gains in the last month on the basis of reports of consolidation and inventory liquidation.

Other outperformers include IT (78 per cent), which has steady performance and good advisories.

The Bank Nifty (67 per cent) and PSU Banks (76 per cent) are somewhat speculative trades.

But the easy money regime with low interest rates and liberal treatment of NPAs has helped generate turnarounds in the financial sector.

More broadly, looking at the themes, the Nifty Commodity Index (which includes Metals as a subset) is up 85 per cent. Services (including IT and financials) are up (58 per cent).

The Consumption Index (including FMCG 30 per cent) has been an underperformer.

Consumption and FMCG have been negatively impacted by the slowdown, and fears the second Wave will have further damaged consumer confidence. Energy has been hit by rising global prices of crude and gas.

The Energy index has lost 6.5 per cent in the last month.

The ‘wild card’ here is Adani Green, which has delivered 3,786 per cent returns in the last year and lost 16.5 per cent in the last month.

Tata Power (up 162 per cent YoY) is the other big gainer in Energy.

Momentum trader will stick to the gainers, at least until the Q1, 2021-22 results come through.

But traders thinking of switching sectors may consider that if, FMCG is hurt by low consumer confidence, Realty is likely to hurt more.

Globally speaking, metals may be close to cyclical peaks, and energy prices may moderate, if a proposed OPEC+ deal for production increase goes through.

Banks could be hit if inflation stays high since the RBI will at some stage, be forced to hike rates.

There is a case for booking some profits in Metals and Realty, and maybe profit-booking in some banks, and switching to FMCG and Pharma. Energy could also be a surprise gainer.