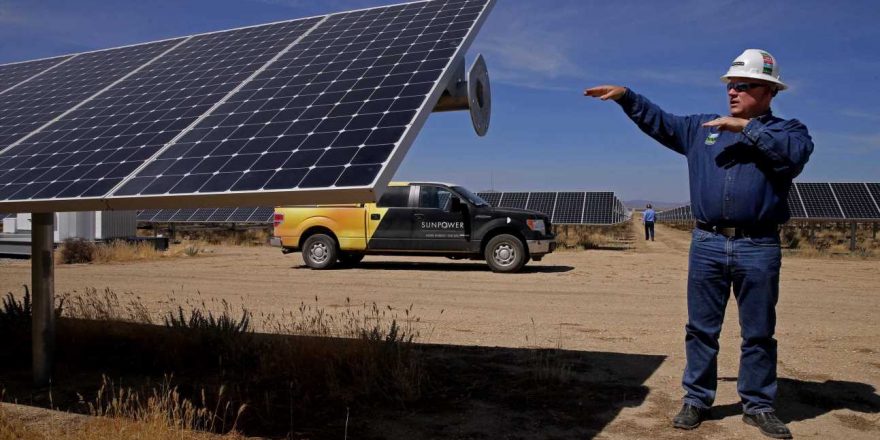 SunPower shares dipped as much as 9% after the company reported third-quarter revenues that came shy of expectations and did not announce a buyer for its commercial and industrial business.

Wednesday's results come after the company announced restructuring plans in October aimed at doubling down on the residential market. As part of that, SunPower acquired home solar company Blue Raven and said it will sell its commercial and industrial business.

"The company is considering strategic options for CIS and will provide an update in the fourth quarter of 2021," the company said in a statement. In August 2020 SunPower spun out photovoltaic module maker Maxeon Solar, although the two separate entities still work together.

Here's how the company did versus analysts' expectations, as compiled by Refinitiv:

Wall Street analysts were expecting the company to earn 3 cents per share. It was not immediately clear whether the reported number is comparable to estimates. The company reported non-GAAP gross margin of 18.7%, down from 20.6% during the second quarter.

SunPower said its customer additions during the period jumped 29% year over year to 14,200. In total the company now has nearly 390,000 residential customers, with an additional 20,000 coming from the recent acquisition of Blue Raven.

"Our decision to increase our focus on the residential market was validated by strong sequential third quarter solar and storage demand and deployment, combined with continued margin expansion," Peter Faricy, SunPower CEO, said in a statement.

The company gave fourth-quarter revenue guidance of $330 million to $380 million, excluding the CIS and legacy businesses.