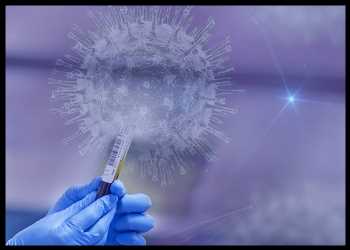 The White House says multiple studies found extraordinary increase in immunity among Americans who have taken a booster shot after the first two doses of anti-coronavirus vaccine.

At a routine news conference, Chief Medical Advisor to the President, Dr. Anthony Fauci provided data on the effect of booster shots on the level of neutralizing antibodies, which correlates very much with protection. A measurement taken on individuals 28 days after Moderna’s third booster shot found extraordinary increase in immunity in both in the younger individuals as well as in those older than 65.

A measurement taken on people at the younger group of 18-55, who were administered Pfizer-BioNTech’s third booster shot, found that the serum neutralization titer goes from 241 to 1,321. And among the elderly, the result showed an increase from 123 to 1,479.

The top infectious disease expert said it is premature to say if the booster shot is a regimen for waning efficacy, or is it ultimately going to become part of the original vaccine regimen. “We will only know this by following up individuals, which we are doing, who’ve received boosters to determine the degree of and durability of protection”.

The White House COVID-19 Response Team said the Biden administration’s boosters program is off to a very strong start and continues to accelerate.

“Just over the past two days, about 2 million Americans rolled up their sleeves and got the enhanced protection of a booster shot. And by day’s end, about 20 million Americans will have gotten an additional Pfizer, Moderna, or J&J dose,” White House COVID-19 Response Coordinator Jeff Zients told reporters.

As per the latest data published by the Centers for Disease Control and Prevention, 19,178,738 people in the United States have so far received booster doses, which accounts for 10 percent of the population.

Still, currently, more than 60 million people who are eligible for vaccination remain unvaccinated in the United States, as per federal estimate.