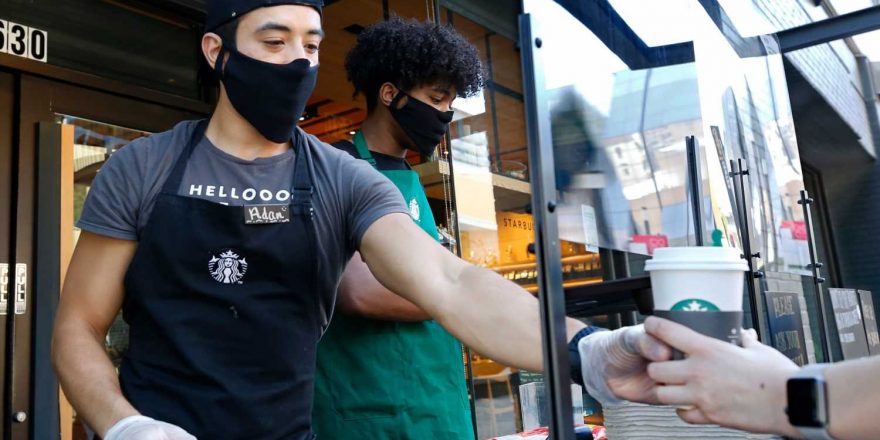 Shares of the company fell more than 1% in extended trading.

Here's what the company reported for the quarter ended Oct. 3 compared with what Wall Street was expecting, based on a survey of analysts by Refinitiv:

Excluding the gains from the sale of its South Korean joint venture and the 53rd week of the quarter, the coffee giant earned $1 per share, topping the 99 cents per share expected by analysts surveyed by Refinitiv.

U.S. same-store sales increased by 22% in the quarter, and rose 11% on a two-year basis. Customers spent 3% more on transactions on average. The company's loyalty program reported 24.8 million active members, up 28% from a year earlier.

McDonald's, Domino's Pizza and Chipotle Mexican Grill are among the restaurant chains that said staffing challenges dented their latest quarter's U.S. results. On Wednesday, Starbucks announced it will hike its employees' wages at least twice in 2022, bringing the pay floor to $15 an hour faster than previously shared.

The company added 538 net new locations during the quarter. Starbucks has been updating its store footprint, closing some cafes and opening new ones that are better designed for mobile and to-go orders.