The new superhero movie raked in an estimated $185.1 million within six days since it hit theaters in North America on Tuesday. “Far From Home,” the first Marvel movie after “Avengers: Endgame,” brought in $39.3 million during its debut, setting the record for best Tuesday opening day for any movie.

The opening gave Sony Pictures one of its best weeks ever. "Far From Home," which opened overseas before landing in the U.S., has grossed $580 million worldwide in 10 days of release.

Part of the draw of the film, starring Tom Holland as Spider-Man and Jake Gyllenhaal as Mysterio, was seeing the first installment in a new chapter of the Marvel Cinematic Universe. Sony partnered with Marvel for “Far From Home,” along with 2017’s “Spider-Man: Homecoming” and last year’s animated spinoff “Spider-Man: Into the Spider-Verse.”

“Avengers: Endgame” has broken several box office records, but it has yet to claim the ultimate title of being the highest-grossing film of all time, which is currently being held by James Cameron’s “Avatar.” The “Avengers” creators made a last ditch effort to break the record when it re-released the movie that included a special tribute, a deleted scene and a new look into the new “Far From Home." 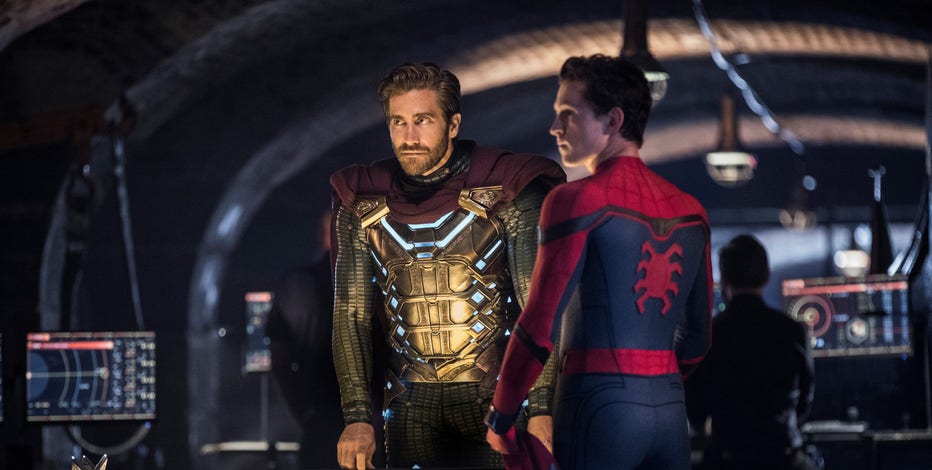 Jake Gyllenhaal, left, and Tom Holland in a scene from “Spider-Man: Far From Home.” (AP)

“Avengers: Endgame” still has a chance to dethrone “Avatar.” The movie will most likely be in most theaters for the rest of the summer. Cameron’s record-breaking film was in theaters for 234 days before it was rereleased in 2010.

The strong performance of "Far From Home," which cost approximately $160 million to produce, along with the sustained interest in holdovers like "Toy Story 4," ''Yesterday," ''Annabelle Comes Home" and "Aladdin," helped the industry knock down the deficit compared with this time last year about a percentage point.

Rocket fired toward US Embassy in Iraq hits nearby home, injures child: reports

India should hike defence spending to 4% of GDP