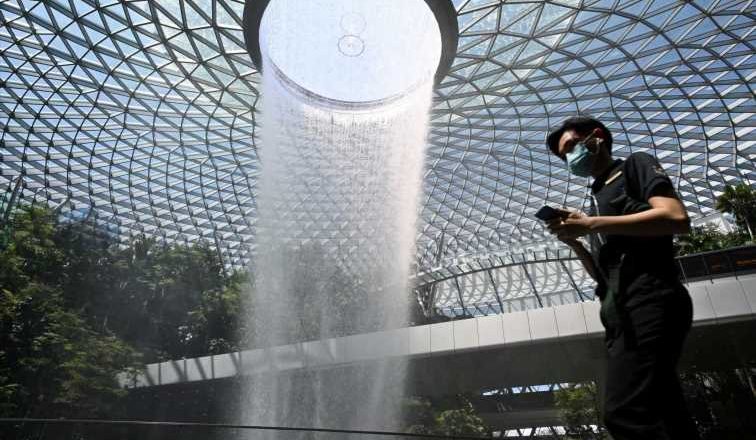 SINGAPORE — Singapore's government said Friday it will further ease Covid-related restrictions next week, but at a slower pace than previously announced as local infections have not declined significantly.

The government started relaxing some measures this week, including increasing the limits on social gatherings and event attendees.

It said that starting Monday, "higher-risk activities" such as dining in and indoor mask-off sports and exercises will be allowed to resume in groups of two people — instead of five people as previously announced.

Barring another super-spreader event or a big cluster of infections, the government will allow those activities for groups of up to five from mid-July.

"The number of cases in the community has somewhat stabilized, but it's not going down significantly and we're seeing several unlinked cases every day," said Gan Kim Yong, Singapore's minister for trade and industry who co-chairs the country's Covid taskforce.

"Therefore we remain concerned, especially when we have yet to achieve a high level of vaccination," Gan told reporters at a briefing.

Singapore has to be cautious in resuming activities deemed to be of higher risks due to the more transmissible delta variant first detected in India, Health Minister Ong Ye Kung said at the same briefing.

Ong, who also co-chairs the Covid task force, said a phased reopening will help "buy time to get more people vaccinated, so the imperative now is to boost vaccinations."

Singapore has one of the fastest vaccination roll-outs in Asia-Pacific, but lags many countries in the West. Around 2.7 million people — or roughly 49% of the population — have received at least the first dose of Covid vaccine as of Tuesday, Ong said. Around 35% of the population have been fully vaccinated, he added.

WHO says delta Covid variant has now spread to 80 countries, and it keeps mutating

The country had largely controlled the spread of Covid until a flare-up in locally transmitted cases in end-April. Many of the recent cases were caused by the delta variant. The rise in cases forced the government to tighten social-distancing measures twice last month.

Daily reported cases in the local community fell to single-digit levels for most of last week, but have stayed above 10 cases per day since Sunday as a major cluster of infections emerged around a wet market in southern Singapore.

Overall, the Southeast Asian country has reported 34 deaths and more than 62,300 confirmed cases since the beginning of 2020 as of Thursday, health ministry data showed.