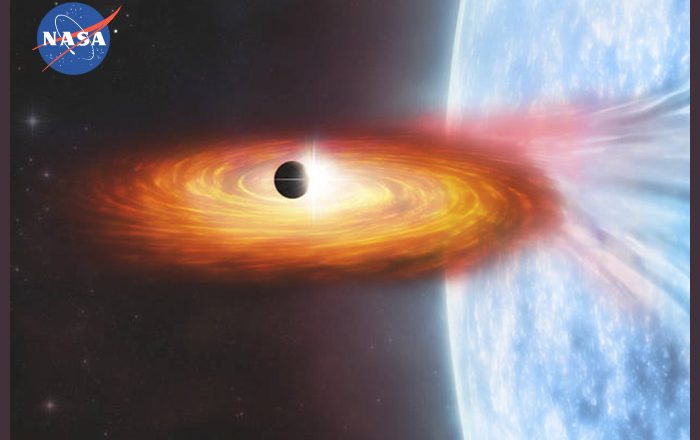 Astronomers have detected signs of the first planet transiting a star outside of the Milky Way galaxy.

The unique discovery, led by NASA’s Chandra X-ray Observatory, opens up a new window to search for exoplanets at greater distances than ever before.

Exoplanets, which are planets located outside the Solar System, have been a source of help to understand the conditions beyond the System. Until now, astronomers have found all other known exoplanets and exoplanet candidates in the Milky Way galaxy, almost all of them less than about 3,000 light-years from Earth. An exoplanet in M51 would be about 28 million light-years away, meaning it would be thousands of times farther away than those in the Milky Way.

The possible exoplanet candidate is located in the spiral galaxy Messier 51 (M51), also called the Whirlpool Galaxy because of its distinctive profile.

“We are trying to open up a whole new arena for finding other worlds by searching for planet candidates at X-ray wavelengths, a strategy that makes it possible to discover them in other galaxies,” said Rosanne Di Stefano of the Center for Astrophysics at Harvard & Smithsonian (CfA) in Cambridge, Massachusetts. Di Stefano led the study, which was published in Nature Astronomy.

Di Stefano and her team used X-rays received from X-ray bright binaries to detect the exoplanet candidate in a binary system called M51-ULS-1.

The researchers estimate that the exoplanet candidate would be roughly the size of Saturn, and orbit the neutron star or black hole at about twice the distance of Saturn from the Sun.

Di Stefano and her colleagues looked for X-ray transits in three galaxies beyond the Milky Way galaxy, using both Chandra and the European Space Agency’s XMM-Newton. Their search covered 55 systems in M51, 64 systems in Messier 101 (the “Pinwheel” galaxy), and 119 systems in Messier 104 (the “Sombrero” galaxy), resulting in the discovery of the single exoplanet candidate.

According to a statement by NASA, astronomers speculate that if a planet exists in this system, it likely had a tumultuous history and violent past. An exoplanet in the system would have had to survive a supernova explosion that created the neutron star or black hole. They also speculate that the future may also be dangerous. At some point the companion star could also explode as a supernova and blast the planet once again with extremely high levels of radiation.

The authors will search the archives of both Chandra and XMM-Newton for more exoplanet candidates in other galaxies, NASA said.