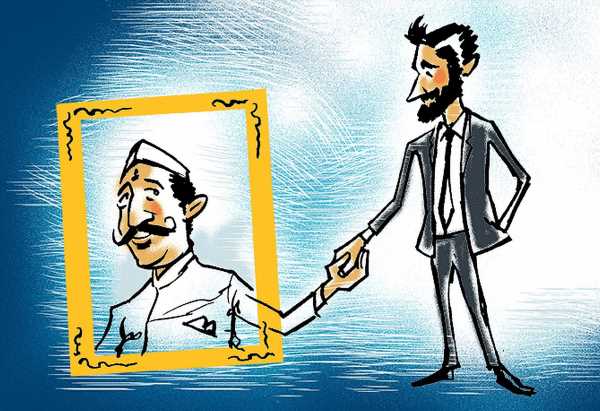 Share of family-owned firms in total market capitalisation rises to 64.5%

The growth was led by family-owned companies and business groups with presence in pharmaceuticals, information technology services, and consumer products. The post-pandemic rally on the bourses in 2020 boosted the market capitalisation (m-cap) of most large business groups.

The growth was led by family-owned companies and business groups with presence in pharmaceuticals, information technology services, and consumer products.

The combined m-cap of family-owned business groups was up 31 per cent year-on-year (YoY) this year to Rs 115 trillion, from around Rs 88 trillion a year ago.

As a result, family-owned firms now account for a record 64.5 per cent of the combined m-cap of all listed companies in the country.

The rest of the m-cap is accounted for by listed subsidiaries of multinationals, listed PSUs, and institution-owned companies and groups, such as the Housing Development Finance Corporation (HDFC), ICICI, ITC, Larsen & Toubro, and Axis Bank, among others.

Tata remained the top business group, with group companies notching up a combined m-cap of Rs 15.77 trillion as of December 24 — up 34.1 per cent YoY.

This was largely due to a good showing by Tata Consultancy Services (TCS) and Titan.

While TCS’ m-cap is up 35 per cent since the beginning of the year, Titan is up 26 per cent.

These two companies together now account for nearly 78 per cent of the combined m-cap of all Tata companies.

Tata is followed by HDFC Group, which has a combined m-cap of Rs 14 trillion, up 7.4 per cent since the beginning of the year.

HDFC is owned by financial institutions, including foreign portfolio investors.

Mukesh Ambani-owned Reliance Industries is third on the list, with an m-cap of Rs 13.4 trillion — that’s up 38 per cent YoY.

This includes the m-cap of Reliance subsidiaries, such as Network18 Media & Investments and Hathway Cable & Datacom, among others.

In all, there are eight family-owned business groups among the top 10 groups, in terms of m-cap.

The analysis is based on a common sample of 1,060 companies that are either part of the BSE500, BSE MidCap or BSE SmallCap index.

The group m-cap is the arithmetical sum of the m-cap of all listed companies in a group and the numbers are not adjusted for cross holdings.

Adani Group companies stood out for being the biggest gainers on the bourses out of the big industrial houses.

The group’s combined m-cap more than doubled during the year.

The six listed Adani Group companies now have a combined m-cap of Rs 4.17 trillion, up from around Rs 2 trillion a year ago.

Adani Green was the top performer in the group, followed by Adani Gas and Adani Enterprises.

Nearly two-thirds of the listed companies and business groups saw an increase in their m-cap in the current year.

There were few losers among them.

However, the Kishore Biyani family-owned Future Group was the biggest loser.

Its group m-cap is now a fourth of what it was a year ago.

It is followed by Hinduja Group with a 26-per cent YoY decline in m-cap, largely due to the underperformance of IndusInd Bank.

Other losers include Excel Shroff Group that owns pesticide maker UPL (down 21.7 per cent) and ITC (down 12.1 per cent).