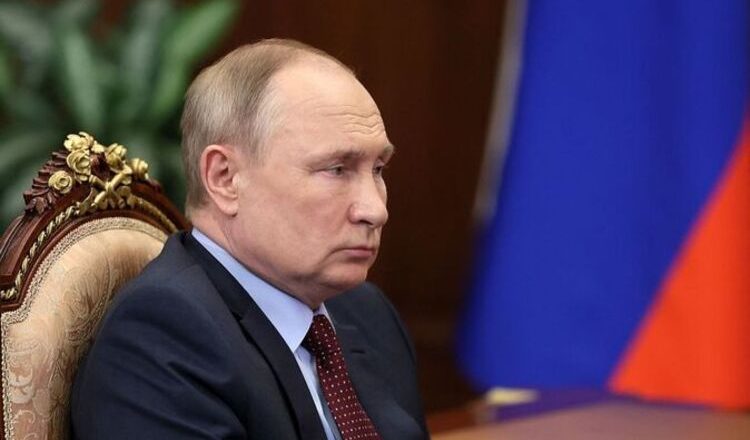 The outlook for Russia has become increasingly bleak with the country financially isolated and the central bank left scrambling to prop up its economy. While Russia faces a major fall in growth the impact is also likely to reverberate around the region according to forecasts from the World Bank. The financial institution predicts Russia’s economy will now contract by 11.2 percent in 2022. Its latest report adds: “Hit by unprecedented sanctions, Russia’s economy has already plunged into a deep recession.”

According to data from Russia’s largest lender, Sberbank, spending has fallen nearly 10 percent as consumers are hit by surging inflation.

Last week the UK government predicted Russian GDP was expected to fall between 8.5 and 15 percent this year, creating the deepest recession since the collapse of the Soviet Union.

The massive declines in the ruble since the start of the conflict have largely now been stabilised with the central bank carrying out extensive interventions with current exchange rates now seen as largely artificial.

Russia also faces going into default after attempting to use rubles to make payment on a bond due in US dollars due to sanctions blocking the use of its foreign currency reserves.

A default would leave the Russian government struggling to find lenders in the future, with even those willing to lend likely to charge exorbitant terms.

Mr Siluanov has threatened legal action over the restrictions on making debt payments, accusing the West of trying to force Russia into an artificial default.

While sanctions have clearly had demonstrable effects on Russia, the economic fallout of the conflict more broadly is particularly stark though, with major impacts for Ukraine.

According to the World Bank, Ukraine’s economy is expected to shrink as much as 45.1 percent this year.

Anna Bjerde, World Bank Vice President for the Europe and Central Asia region, said: “Ukraine needs massive financial support immediately as it struggles to keep its economy going and the government running to support Ukrainian citizens who are suffering and coping with an extreme situation.”

A total $3 billion (£2.3bn) package is being prepared over the coming months with a further plans to look at support for host countries committing to take in Ukrainian refugees.

DON’T MISS:
Misery for Sunak as UK economy growth SLOWS to just 0.1%
China and Russia could trigger ‘devastating’ depression
Fears for oil prices despite drop as Putin’s war rumbles on

As well as taking in those fleeing the conflict many neighbouring counties are also bracing for the economic fallout of the war.

The World Bank now predicts Belarus, the Kyrgyz Republic, Moldova and Tajikistan will fall into recession this year due to their financial links.

Both Russia and Ukraine are major sources of imports and exports for many in the region with earnings from Russia close to 30 percent of GDP for the Kyrgyz Republic and Tajikistan.

Asli Demirgüç-Kunt, World Bank Chief Economist for Europe and Central Asia, said: “The Ukraine war and the pandemic have once again shown that crises can cause widespread economic damage and set back years of per capita income and development gains.

“Governments in the region should fortify their macroeconomic buffers and credibility of their policies to contain risks and deal with potential fragmentation of trade and investment channels; strengthen their social safety nets to protect the most vulnerable, including the refugees; and not lose focus on improving energy efficiency to ensure a sustainable future.”