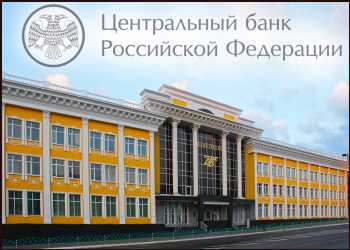 Russia’s central bank raised the key interest rates by a massive 100 basis points and signaled that more hikes may be made in the coming year if inflationary pressures persist.

The Board of Directors of Bank of Russia, led by Governor Elvira Nabiullina, decided to lift the interest rate to 8.50 percent from 7.50 percent. That was in line with expectations.

The rate was raised for the seventh straight session. The bank has hiked its benchmark rate by 425 basis points so far this year.

“The Board of Directors believes that we have apparently not yet tightened monetary conditions to the extent needed to bring inflation back to the target next year,” Nabiullina said.

“Therefore, we hold open the prospect of a further key rate increase at the upcoming meetings.”

The board said inflation is developing above the October forecast. Given the rising inflation expectations, the balance of risks for inflation was markedly tilted to the upside.

This may bring about a more substantial and prolonged upward deviation of inflation from the target. The monetary policy stance is aimed to limit this risk and return inflation to 4 percent, the bank said.

According to baseline scenario, annual inflation will edge down to 4.0 percent to 4.5 percent by the end of 2022 and will remain close to 4 percent further on.
The bank estimated economic growth of 4.5 percent for this year.

“The cautious tone of the commentary and the Bank of Russia’s reiterated commitment to achieving 4.0-4.5 percent CPI by the end of next year suggests that further rate hikes remain a possibility, but the slight softening in tone indicates that the upside should be limited to 50 bps from the current level,” ING economist Dmitry Dolgin said.

“Meanwhile, assuming the stabilization of CPI and expectations in the next couple of months, which is our base case assumption at the moment, a flat 8.5% key rate is a possibility.”

Any easing in the key rate approach is unlikely to be seen at least until the second half of next year, the economist added.

The next rate-setting session is due on February 11.