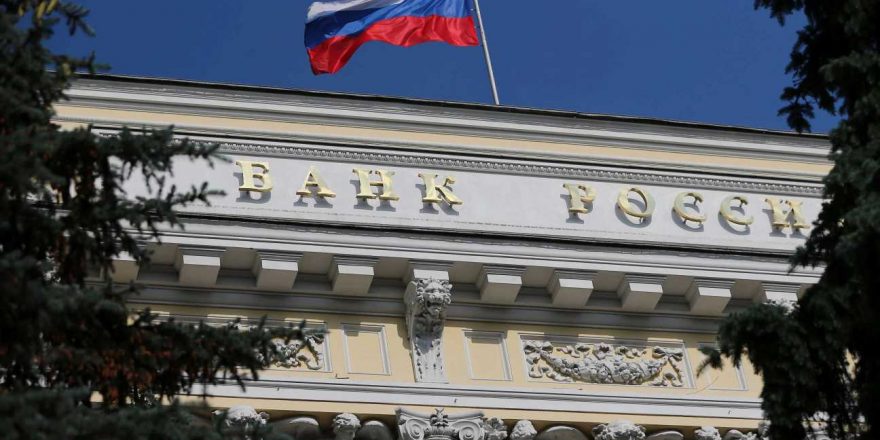 Russia's central bank increased its key interest rate to 5.5% on Friday, increasing the cost of lending for the third time this year due to rising inflation and said more hikes would be needed.

The decision to raise the rate from 5% was in line with a majority of analysts polled by Reuters beforehand, who predicted the central bank would opt for a 50-basis hike after a higher-than-expected inflation
readout.

Annual consumer inflation, the central bank's main area of responsibility, overshot expectations and accelerated to 6.0% in May, reaching its highest since October 2016 when the key rate was at 10%.

The central bank, whose analysts have warned inflation is on track to speed up further, said it would consider more monetary tightening after raising the key rate to the level it was at in April 2020.

"Increased inflationary pressure in the context of the completing economic recovery can lead to a more substantial and prolonged deviation of inflation upward from the target," the central bank said in a statement.

"This creates the necessity of further increases in the key rate at the upcoming meetings."

Rate increases have became more necessary after the rouble took a hit from a new wave of Western sanctions. Inflationary expectations among Russians have reached a four-year high with the pace of economic growth exceeding expectations.

The central bank said inflation climbed to 6.15% as of June 7 and would only return to its 4% target in the second half of 2022, later than expected.

The bank is raising the cost of lending after slashing the key rate to a record low of 4.25% in 2020 when the economy took a hit from the coronavirus pandemic and a plunge in prices for oil, Russia's main export.

Higher rates are designed to rein in inflation and are supportive of the rouble but can limit economic activity.

The rouble rose to 71.58 versus the dollar after the rate move from levels of 71.67 seen shortly before.

Elvira Nabiullina, governor of the central bank, will shed more light on the central bank's forecasts and monetary policy plans at an online news conference at 1200 GMT.

The next rate-setting meeting is scheduled for July 23.