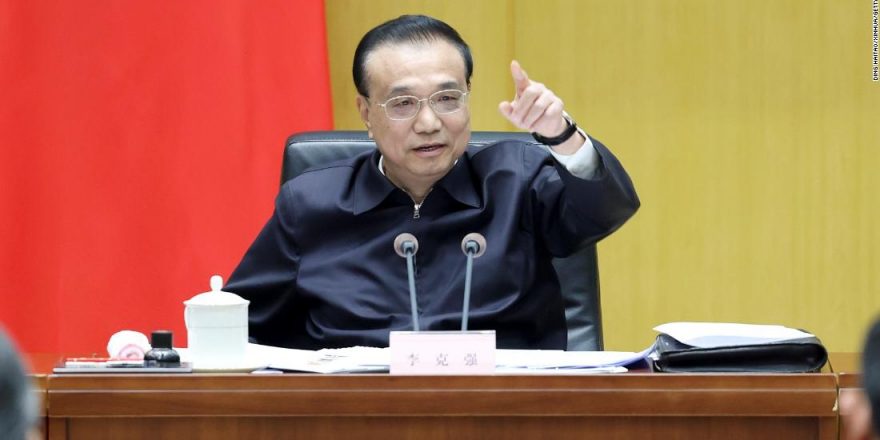 Residents pushed to the limits in Chinese city under strict lockdown

“Our country’s economy is facing new downward pressures,” Premier Li Keqiang told financial and tax officials at a meeting Wednesday in Beijing, according to the government news agency Xinhua. “It is necessary … to further cut taxes and [administrative] fees to ensure a stable economic start in the first quarter and stabilize the macro economy.” 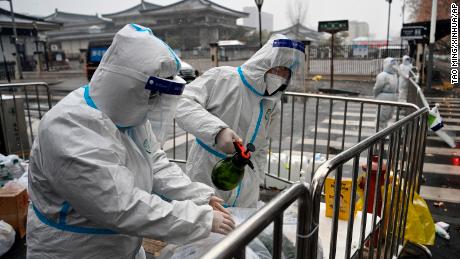 Li’s remarks are the latest to suggest that Beijing is reconsidering its approach to policy in the face of increasing economic headaches. During a key meeting last month, Chinese President Xi Jinping and other top leaders marked “stability” as their top priority for 2022. That’s a huge pivot from a year earlier, when “curbing the disorderly expansion of capital” ruled the day.

As China’s economy faces the prospect of a slowdown this year, the government may be looking for ways to spur spending and keep the services sector — an important generator of jobs — on an even keel. In his speech, Li stressed the need to extend tax cuts for small and micro firms and individual businesses, a policy that originally expired at the end of 2021.

The services sector also needs specific tax relief measures, he added. The industry has been hit hard by the pandemic as people spend more time in their homes and shell out less money on dining out, traveling and other leisure activities.

Recent data showed that activity in China’s services sector rose in December from the prior month, according to a private Caixin/Markit survey released Thursday. But pandemic-related uncertainty is weighing on business confidence, with sentiment slipping to a 15-month low.
“The recovery in consumer spending tailed off in the face of recurrent Covid outbreaks late in 2021 that led to local restrictions and a broader sense of caution among households,” wrote economists at Capital Economics in a Wednesday research note. “That pattern will continue in 2022, particularly if more transmissible variants are in circulation.”
“The government must tighten its belt” to help companies, Li said, underscoring the importance of “overall stability” for the corporate sector.

The Chinese economy is struggling under the weight of repeated Covid-19 outbreaks, real estate woes and a regulatory storm that has hit the private sector hard. 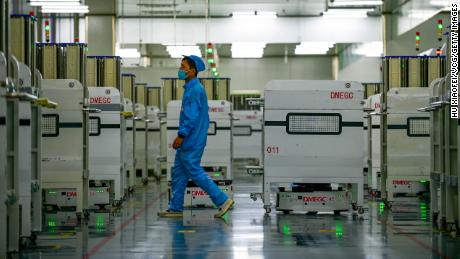 Authorities recently imposed a tight lockdown on Xi’an, a major industrial hub in the northwest, following a spike in coronavirus cases. While the government is now touting a reduction in cases there, strict Covid curbs have taken their toll on industry: Two of the world’s biggest chipmakers warned of operational snags, raising fears about memory chip shortages and car production halts.
Regulations on property firms that began in 2020, meanwhile, have exacerbated the pain felt by major developers who were already carrying too much debt. Real estate — which accounts for nearly a third of China’s GDP — is now in a deepening slump, with big players on the brink of collapse.
And a yearlong regulatory crackdown on tech, education, and entertainment — which wiped out more than one trillion dollar worth of value from Chinese companies on global markets — has triggered huge layoffs among many companies, pressuring the job sector even as it tries to recover from the pandemic.

All of that, coupled with the threat of the Omicron coronavirus variant that has overtaken much of the globe, is pushing the Chinese government to consider how best to support its economy in 2022.
The World Bank recently cut its 2022 forecast for China’s growth from 5.4% to 5.1%, which would mark the second slowest pace of growth for China since 1990 — when the country’s economy increased 3.9% following international sanctions related to the 1989 Tiananmen Square massacre. China’s economy grew 2.2% in 2020.
Source: Read Full Article