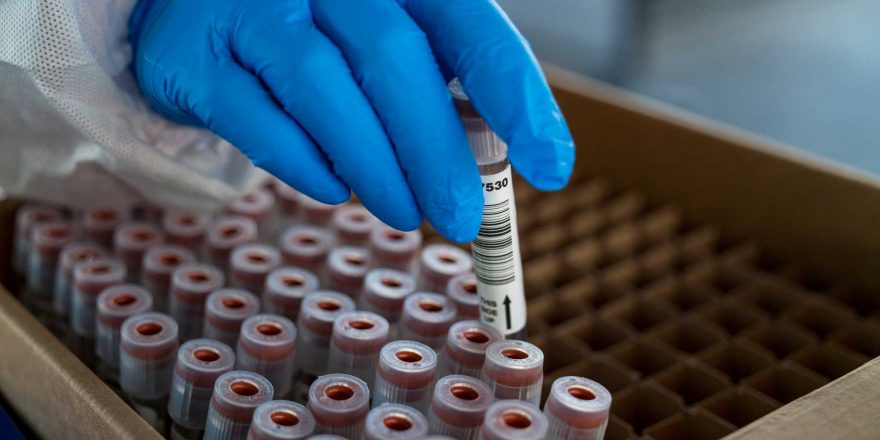 Stanford University researchers have identified five new cases of a "double mutant" Covid-19 strain that was recently discovered in the San Francisco Bay Area. Doctors suspect it could be more contagious and may be resistant to existing vaccines.

The new variant originated in India where it's credited with a recent 55% surge in cases in the Maharashtra state, home to Mumbai, after months of declining cases.

It contains two key mutations, which scientists call E484Q and L452R, that have been found separately in other variants but not together in a single strain, according to Dr. Benjamin Pinsky, medical director of Stanford's clinical virology laboratory, which discovered the new variant in the U.S.

"There's a decent amount of information of how these mutations behave in viruses on their own, but not in combination," Pinsky said in an interview.

In other variants, the L452R mutation has been shown to make the virus more transmissible. There is also evidence that antibodies don't recognize that mutation, which has been found in other strains to reduce the effectiveness of vaccines.

The E484Q mutation has also been shown to be less susceptible to neutralizing antibodies, which help fight the coronavirus. It's still too early to tell if the mutation makes the virus more contagious.

"But you'd expect that in combination with L452R that there may be an increase in transmission as well as reduction in antibody neutralization," Pinsky said.

If the mutation makes the virus more resistant to antibodies, that could reduce the effectiveness of both vaccines as well as antibody treatments that have become a critical tool for doctors in fighting Covid-19, according to Pinsky.

Eli Lilly's bamlanivimab antibody treatment has been shown to be less effective in treating strains that contain the E484Q or L452R mutations. U.S. health regulators halted distribution of that antibody treatment last month, saying it wasn't that effective against the new variants.

The double mutant variant "has known mutations in the scariest place to have a mutation — the receptor binding domain, where the virus uses to latch on to cells in our bodies in order to enter," said Peter Chin-Hong, an infectious diseases expert at the University of California San Francisco. "The mutations are either identical or eerily similar to mutations in variants that we already know about that have been scientifically proven to be more transmissible and/or evade vaccines. Hence many believe that this Indian variant will also have these superpowers."

Tom Kenyon, Chief Health Officer at Project HOPE and the Former Director of Global Health at the Centers for Disease Control and Prevention said scientists are finding more mutations, at least in part, because the new CDC Director Dr. Rochelle Walensky directed the agency to increase surveillance. "So the more that we look for these, the more we're going to find them," he said.

"There's something about the world 'double' that scares people and makes it sound like it's double-bad," Kenyon said in an interview. "Any mutation affecting transmissibility or viral replication would be dangerous."

There's a possibility the new variant will stay in the Bay Area, unlike the B.1.1.7 variant from the United Kingdom that has become the predominate strain just about anywhere it goes, Chin-Hong said.

The longer it takes to vaccinate the world, the more opportunities the virus has to mutate into even worse strains, scientists say. The CDC's Walensky has warned of "impending doom" in the U.S. as states roll back Covid-19 restrictions. She's urged people to get vaccinated and continue following public health precautions, including wearing masks and practicing social distancing.

"The variants that scare me the most are the ones that haven't been invented as yet … the more the virus replicates, we will continue to see these escape mutants," Chin-Hong said. "We need global vaccination equity and continued battles against pandemic fatigue."

California is set to lift most Covid restrictions by June 15, but still plans to keep a mask mandate in place.