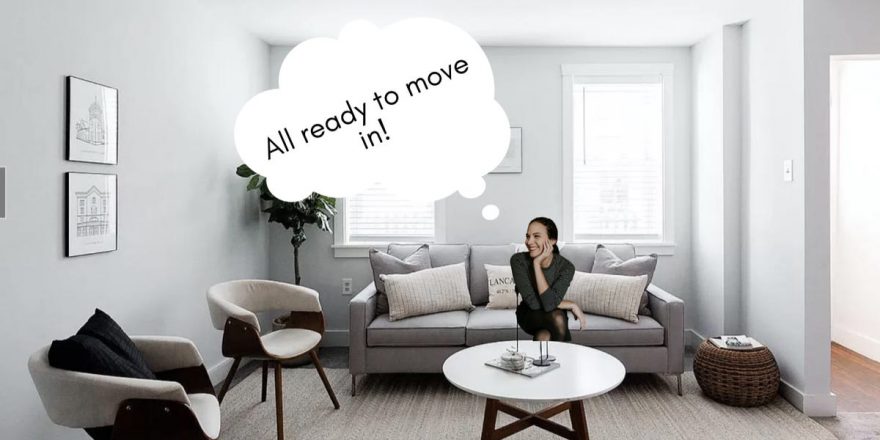 Last spring, Christie Heimbach was shelling out $1,000 in rent every month to live with a roommate in Lancaster, Pennsylvania.

Heimbach, a teacher who also works as a wedding photographer and nonprofit executive, felt her monthly payments were going nowhere. After crunching the numbers, she realized she could spend roughly the same amount of money – give or take a couple hundred dollars — on a home of her own.

The pandemic gave her the push she needed, she told Insider, to “invest” her money in a home rather than “pour” her savings into a living situation she felt she couldn’t control.

First, Heimbach spent months getting familiar with Lancaster’s housing market. Perched among the rolling hills of Amish country, the quaint city of roughly 60,000 residents is about a 90-minute drive west of Philadelphia.

As the pandemic raged on and many Americans fled larger cities, Lancaster’s housing market continued to heat up. Redfin found that home prices in the county are up at least 10% compared with last year, and homes are selling three times as fast, within just seven days. She could tell — she struggled to comb online listings constantly, subscribed to real-estate agents’ newsletters, and asked friends about their own home-buying experiences.

In September 2020, she put an offer on her dream home: a “stellar” midcentury-modern property on the market for $200,000 — the high end of her budget. The house had tons of natural light and even had enough space upstairs to fit one of Heimbach’s wish-list items: a photography studio.

The home became the center of a bidding war. Her best and final offer came in just $1,000 below the winning bid. She similarly lost out on two additional homes. To compete, she adjusted her house-hunting strategy.

By December, she was on a tight timeline — her rental lease was ending. Heimbach started seeking out properties that had been sitting on the market for months, rather than going to view newly listed homes that were getting snapped up right as they hit the market. That way, on a Thursday in mid-December, she happened upon a recently flipped three-bedroom close to downtown Lancaster. It was a “dream in any sense of the imagination,” she said, but it checked off most of her must-have boxes even though it was listed for about $20,000 more than she wanted to spend.

An open house was scheduled for Sunday, three days away. She put together an offer as quickly as possible and included what she called a “please-let-me-buy-your-house letter.” She marshaled her photo-editing skill to create an image of her sitting on the living room couch and added it to the note. She even included a whimsical thought bubble over her head: “All ready to move in!”

Heimbach said she feels confident that the letter worked: The sellers accepted her offer — which was a couple thousand dollars below asking price — before the weekend. The open house was canceled.

Here it is, in part:

Hi there! I’m Christie. I had the pleasure of viewing this home just today. If I wrote about all of the reasons that stepping through those doors gave me so much energy, we’d be here for a very long time, but to put it simply, I can picture making my dreams come true and building my life in this home.

I can see myself taking client calls in the office lounge. I can see myself sitting against the wall in the living room and having a picnic on the floor. I can see me and my husband playing Monopoly or Rummy in the backyard (okay, okay… he’s my boyfriend right now, but let a girl dream!) and I can see myself welcoming in guests with true Lancaster hospitality with a part-time Airbnb.

I’ve toured homes for over a year now, and none of them quite stick out to me like this one. My love even comes down to the neighbors and community around me. I’m a firm believer in living in diverse environments and understanding your home city by the people who live in it.

I see that opportunity here, and I can’t tell you excited it gets me.

The letter goes on to include additional information about herself and what she loves about the home.

While a love letter to homeowners could help a potential buyer win a bidding war, it is important to be careful with what is included. Kseniya Korneva, a Tampa-based real estate agent, previously told Insider that it is best to keep such a letter general, if you write one. “It’s really hard to write a letter that doesn’t that doesn’t violate fair housing [laws],” Korneva said. Fair housing laws are designed to counter discrimination based on race, familial status, age, and gender.

It is best to discuss whether or not it is worth writing a similar letter with your own realtor, but setting yourself apart as a buyer is an important part of landing a home right now.

Just take it from Heimbach and other recent buyers who exhausted strategies like writing love letters, gifting six-packs to sellers, bidding sight unseen, and more to nab real estate amid the pandemic.