Protesters blocked the entrance to Silicon Valley tech company Palantir’s cafeteria on Friday, denouncing its work aiding the US government’s immigration crackdown and urging employees to speak out.

About 70 protesters swarmed Palantir’s Palo Alto, Calif. headquarters in the early afternoon, bearing signs criticizing the company for doing business with the Immigration and Customs Enforcement agency and chanting slogans.

Palantir, a big data company that’s one of themost valuable startups in the US, is facing backlash for its ties with ICE. It provides software to ICE which critics say is being used to store and sift through troves of data on undocumented immigrants.

The protests at Palantir come as tech companies includingGoogle andAmazon have been rocked by a wave of employee protests against the companies’ work with the US military and border security agencies.

There were few signs of Palantir employees near Friday’s protest however. The cafeteria appeared mostly empty, and there were no visible efforts made by the company to break up the rally. Palantir did not respond to a request for comment on the protests.

A coalition of migrant rights and activist groups calling itself the Coalition to Close the Concentration Camps Bay Area organized Friday’s protest. The goal is to put pressure on Palantir to drop its contracts with ICE, said the coalition’s Liza Mamedov-Turchinsky. 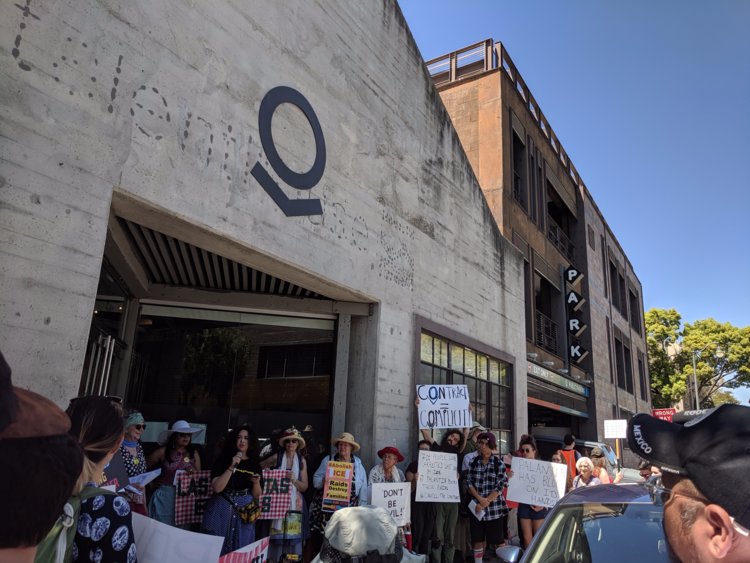 The detainment camps that undocumented immigrants have been held in have been compared toconcentration camps byRep. Alexandria Ocasio-Cortez as well as by activists. People in these camps have faced conditions likeovercrowding, psychological abuse, and low food and water.

“We don’t have concentration camps in the Bay Area, but we do have Palantir, and Palantir is the tech backbone for CBP and ICE both in terms of writing the software for raids and providing the state surveillance,” Mamedov-Turchinsky told Business Insider.

With an expected IPO, “We hope it’s something investors take note of'”

Palantir was cofounded by venture capitalist Peter Thiel, an outspoken supporter of President Trump. In recent weeks, Thiel and Joe Lonsdale, another Palantir cofounder, have accused companies like Google of being “unpatriotic,” for not working with the US military.

“Palantir is probably the most patriotic company in the Valley. It’s done amazing work for the US government,”Lonsdale said in an interview on CNBC in July.

Palantir has been valued at $20 billion by private investors and is rumoredto be preparing to sell shares to the public in an IPO sometime in the next year, something the activists seem well aware of.

“Given that it talks about going public, we hope it’s something that investors take note of,” Jacinta Gonzalez Goodman, the field director for Mijente told Business Insider. 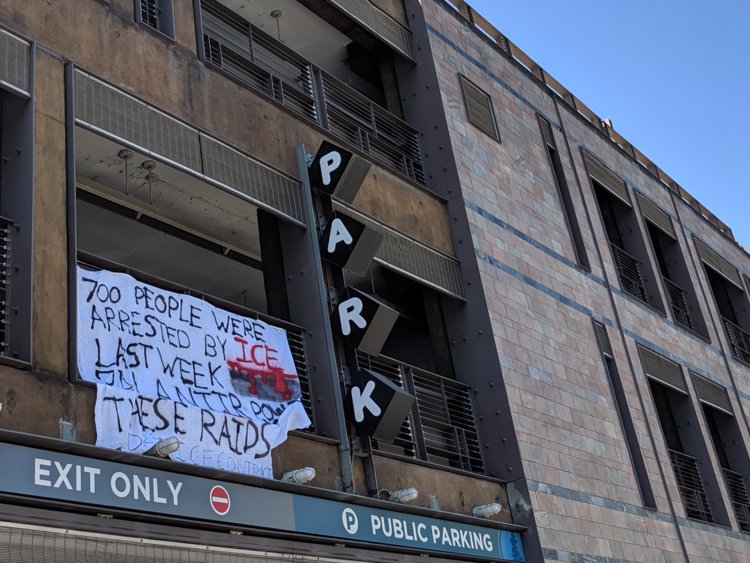 The rally included support from more than 20 activist groups, and many participants were residents of Santa Clara County, where Palantir’s headquarters are located.

“It’s immigrants today, and could be any group tomorrow”

Several protesters spoke about their own experiences having family members deported or having ancestors killed during the Holocaust as a motivation for why they were involved.

“Forty to fifty years ago, that could’ve been my family stopped at the border,” Cristina Muñoz of the Tech Workers Coalition told Business Insider. “This is not an issue that you can possibly sit on the sidelines. It’s our moral imperative to stop deportations and the tearing apart of families.”

“I’m concerned about the wholesale sweeping of data,” Tracy Rosenberg of Oakland Privacy told Business Insider. “Palantir is making possible the collecting of multiple categories of data without any ethical boundaries. It’s a privacy nightmare. It’s immigrants today, and could be any group tomorrow.” 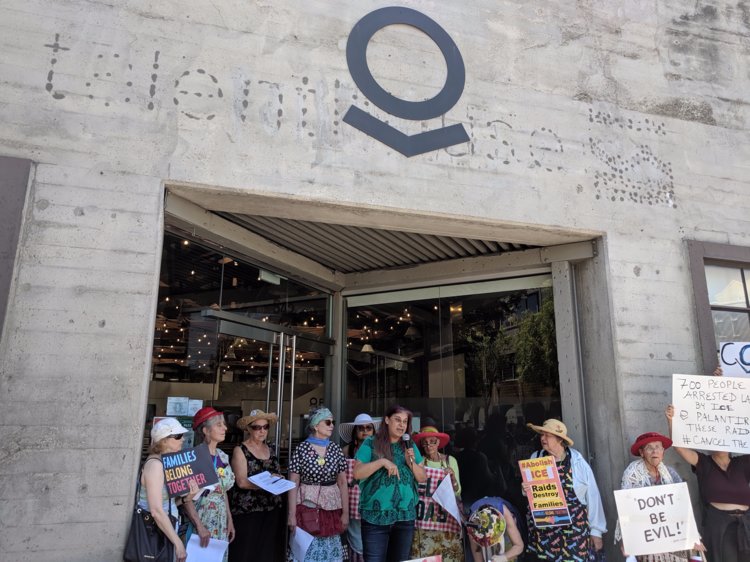 The coalition plans to continue to protest atPalantir every week as part of a seven-week campaign until September 25. This campaign involves actions every week, from social media campaigns to rallies. Activists also spent a week handing out flyers in front of Palantir’s office and at local events, urging employees to discuss their company’s business with ICE.

“It was just to start conversations about how their technology affects our communities and what they can do to stop it,” Mamedov-Turchinsky said. “We believe every worker has power. The flyers we’re distributing offers an avenue for them to talk to their management.”

Read more: Here’s what you need to know about Palantir, the secretive $20 billion data-analysis company whose work with ICE is dragging Amazon into controversy 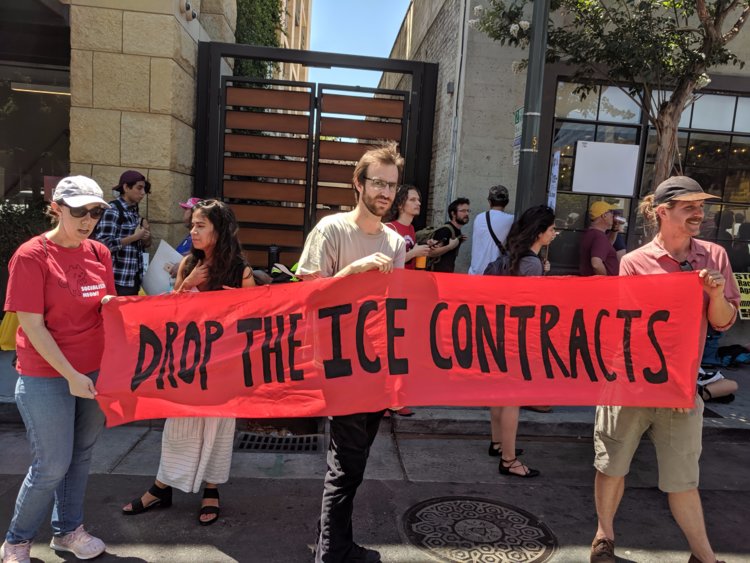 The coalition also previously held a protest on July 12, where about 600 people protested at Palantir’s Palo Alto headquarters, Mamedov-Turchinsky says.

Mamedov-Turchinsky says the Coalition invites Palantir employees to join its cause.

“Right now we’re just trying to extend an open invite to anyone work works at Palantir to work with us and work with their management,” Mamedov-Turchinsky said. “No one has to stay complicit especially as more people continue to die.”

Do you work at Palantir? Got a tip? Contact this reporter via email [email protected], Telegram at @rosaliechan, Twitter DM at @rosaliechan17, or Signal at +1 (224) 425-1882. (PR pitches by email only, please.) Other types of secure messaging available upon request. You can alsocontact Business Insider securely via SecureDrop.