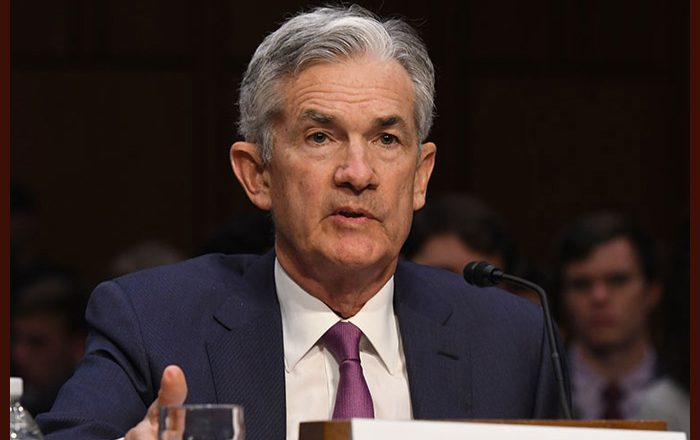 Powell told the committee in prepared remarks that “substantial further progress” towards the Fed’s goals of maximum employment and price stability is “still a ways off.”

The Fed said following its monetary policy meeting last month that it will continue its bond purchases at a rate of at least $120 billion per month until “substantial further progress” has been made toward its goals.

Powell also once again stressed that the Fed will provide “advance notice” before announcing any changes to its asset purchase program.

The central bank’s reluctance to begin tapering its asset purchases comes even though Powell acknowledged that inflation has increased notably and will likely remain elevated in the coming months.

Powell argued that inflation is being temporarily boosted by base effects as well as production bottlenecks and other supply constraints in certain sectors.

Predicting the rapid price increases will partially reverse as the effects of the bottlenecks unwind, Powell said inflation would eventually moderate.

Powell also pointed to continued improvement in labor market conditions but said “there is still a long way to go.”

The Fed Chief noted the unemployment rate remained elevated at 5.9 percent in June and suggested that figure understates the shortfall in employment, as labor market participation has not yet recovered.

Meanwhile, Powell said ongoing Covid vaccinations led to a reopening of the economy and strong economic growth in the first half and noted real GDP growth this year is on track to be the strongest in decades.

“There was little in Fed Chair Jerome Powell’s semi-annual monetary policy testimony to suggest that officials are changing their tune that the current surge in inflation will be largely transitory,” said Andrew Hunter, Senior U.S. Economist at Capital Economics.

He added, “Although we expect higher inflation to prove more persistent, our below-consensus forecasts for real economic growth mean that we don’t expect the Fed to be in any rush to start tightening policy.”

Powell is scheduled to appear before a virtual House Financial Services Committee hearing at 12 pm ET, with his prepared remarks due to be followed by a question-and-answer session.

At 9:30 am ET on Thursday, Powell is due to appear before the Senate Banking Committee, where he is likely to reiterate his prepared remarks.