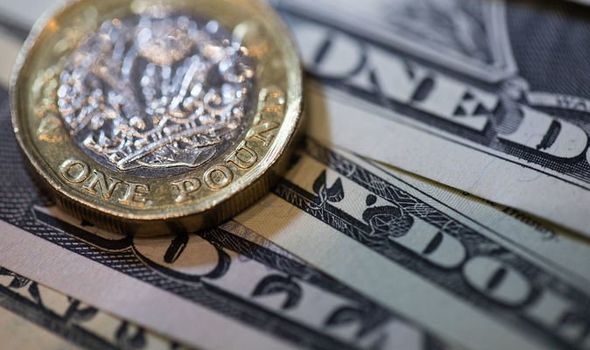 British labour market statistics revealed that jobs growth was the strongest in almost a year in the quarter to November.

This provided the pound with a boost as it eased concerns about the extent of the slowdown in the labour market.

At the end of 2019 signs of employment weakness caused two Bank of England (BoE) policymakers to vote for a rate cut. Added to this, Governor Mark Carney said further stimulus would be needed.

Since then other policymakers have voiced support for lower borrowing costs.

The Office for National Statistics (ONS) showed the number of people in employment increased by 208,000, making this the largest increase since the quarter to January 2019.

However, Sterling could reverse today’s gains if the chances of a BoE rate cut continue to increase ahead of next week’s meeting.

Markets have priced in a two-thirds chance of a cut when policymakers meet next week.

“If there’s a bias in the UK rates market, it’s for the pricing of a January cut to become a little less certain, while confidence increases that we will have seen one within a few months.

“Sterling remains vulnerable in the short term, given the positioning.”

Meanwhile, US markets reopened after Martin Luther King Day, which left trading thin at the start of this week.

The dollar slumped against the pound as US Treasury Secretary Steven Mnuchin told the Wall Street Journal that a US-China phase two trade deal would not necessarily be a “big bang” that removes all current tariffs.

On Tuesday, during his speech at Davos, US President Donald Trump stated that negotiations on the second phase of a deal will begin shortly.

The US President also spoke about the relationship between the US and China and stated:

“Our relationship with China has right now probably never been better. We went through a rough patch.”