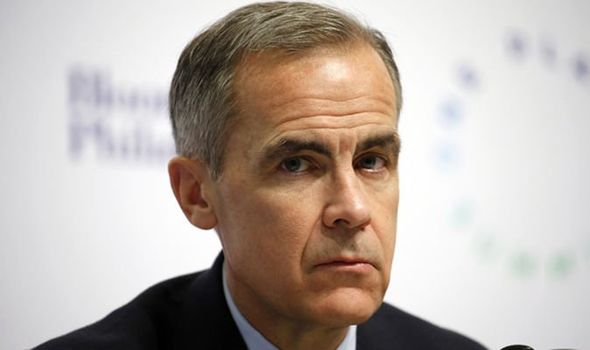 Seasonally adjusted imports jumped by a higher-than-expected 1.5 percent, which provided some much-needed relief to an export-reliant Germany and diminishing some of the concerns for a third quarter recession in the bloc’s powerhouse economy. Commenting on this morning’s data, Landesbank Baden-Wuerttemberg economist, Jens-Oliver Niklasch said: “This looks like a revival in foreign trade but looking at the whole year, September is more of an outlier.

“The risks in overseas trade have got smaller but have not yet disappeared.”

Meanwhile, the pound failed to make any headway today as GBP investors await political developments ahead of the December 12 general election.

Thursday saw the Bank of England (BoE) vote to leave rates unchanged, although divisions in the bank weighed on the pound, limiting any potential gains.

Two Committee members, Michael Saunders and Jonathan Haskel flew in the face of expectations by voting for a rate cut, becoming the first policymakers to vote in favour of easing since the Brexit referendum.

A dovish BoE Governor, Mark Carney then said the bank would consider a future rate cut if “global growth fails to stabilise or if Brexit uncertainties remain entrenched”.

The surprising stance from Britain’s central bank failed to make a lasting impression on the pound, while some weak UK ecostats released today also had a minimal effect on GBP movement.

Commenting on this, FX strategist at Commerzbank, Thu Lan Nguyen said: “It just shows that the market is largely concentrated on politics at the moment, and not on fundamentals and monetary policy.”

“This should at least limit the appreciation potential of the pound over the medium to long term, but still the general direction of pound exchange rates will be determined by the general election.”

Looking ahead to the start of next week’s session, Sterling could edge up against the euro following the release of the UK’s Q3 flash GDP growth data.

If data reveals the country escaped a contraction in the third quarter, it could provide the pound with an upswing of support, but the absence of any political revelations and a lack of clarity over the outcome of the December 12 election is likely to narrow any gains.