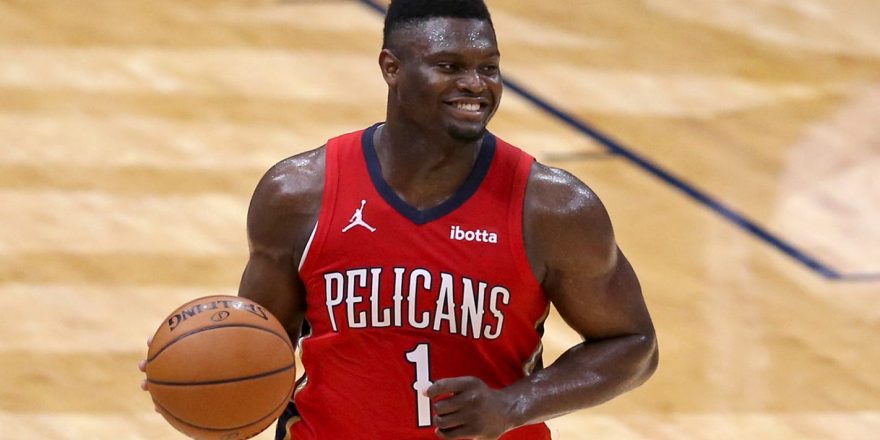 Regardless if the New Orleans Pelicans reach the play-in game this season, executive vice president David Griffin is trying to get referees to change the way his star forward Zion Williamson is officiated.

Shortly after the Pelicans announced Williamson is out indefinitely with a fractured left (shooting) ring finger, an upset and frustrated Griffin criticized how Williamson is reffed, saying it’s "open season" on Williamson.

"I’m really frustrated because this was avoidable," Griffin said. "We told the NBA through every means available to us — through sending in film, through speaking to everybody in the officials department, through the basketball operations department — that the way they were officiating Zion was going to get him injured.

"Quite frankly, he’s injured now because of the open season that there’s been on Zion Williamson in the paint. He has absolutely been mauled in the paint on a regular basis to the point where other players have said to him, 'I'm going to keep doing this to you because they don’t call it.' So, there’s more violence encouraged in the paint against Zion Williamson than any player I’ve seen since Shaq (O’Neal.). It was egregious and horrific then, and the same is true now.

"I’m particularly disappointed in myself and our organization. We did a very poor job apparently of explaining with the proper sense of urgency how severe this situation was from a league perspective. That’s my fault. This situation is something that very much should’ve been able to be avoided if we were protecting our players in the way they should be in the league. And this was just not done."

David Griffin talking about the problem with the NBA’s officiating

“I think we have a problem as a league right now.” pic.twitter.com/NoIzDVrUIW

Griffin is likely to receive a fine from the NBA, but he and the Pelicans will find it money well spent if it has an impact on the way Williamson is officiated.

Headed into Friday’s game against the Philadelphia 76ers, the Pelicans are 1½ games behind the San Antonio Spurs for 10th place and the final play-in spot with six games remaining.

Williamson, an All-Star for the first time in his second season, is averaging 27.0 points, 7.2 rebounds and 3.7 assists.

Williamson is not the first player that is difficult to officiate. Griffin mentioned O'Neal, and Los Angeles Lakers star LeBron James has been in the same category: Players who are strong and play through contact, making it difficult to determine fouls.