This coupe SUV has all the elements that make a Porsche both aesthetically and dynamically poised. 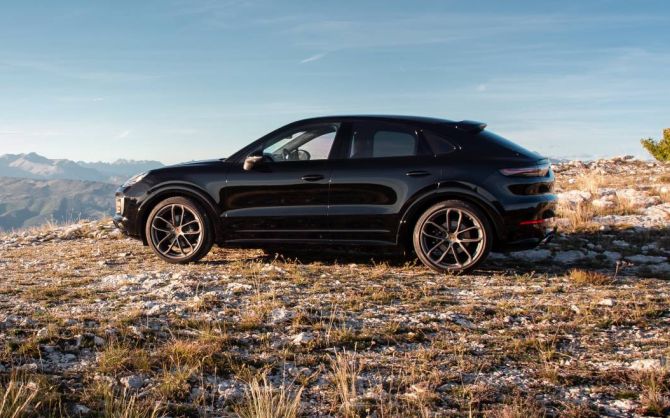 Coupe SUVs are garnering hype in an exponential manner with each passing day.

Since BMW debuted its X6 in 2008, it has enjoyed good success with the coupe SUV.

Since then, many other brands have followed suit, and have released their own take on the coupe SUV.

Upfront we have, well, a familiar face.

Porsche has not done much to differentiate the front end from the other versions.

It looks the same, that is to say, it looks really good.

Move on to the side, and you will see exactly where the effort went into the design of this car.

Porsche have managed to tread on the fine line that separates an SUV and a Coupe with this car. 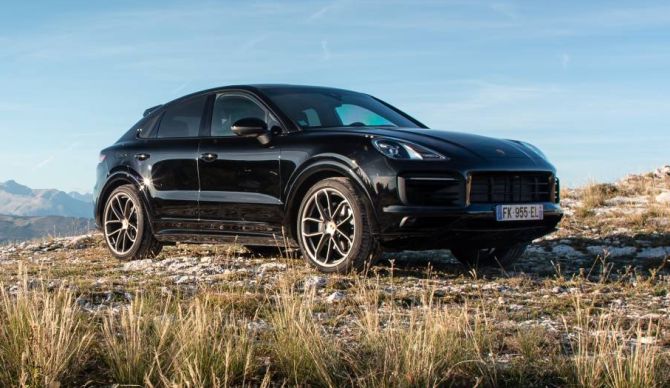 The rear also gets a light-bar, something almost every premium SUV has these days.

This light bar, however, has Porsche written inside of it, adding that extra bit of flair.

The spoiler situation is quite intriguing. There is the roof spoiler, nothing much there.

But then there is the cool retractable spoiler. Porsche boasts it is the largest spoiler ever installed in a production SUV.

What is does is it draws attention when stationary and draws downforce when your foot is down at 90 kms per hour. 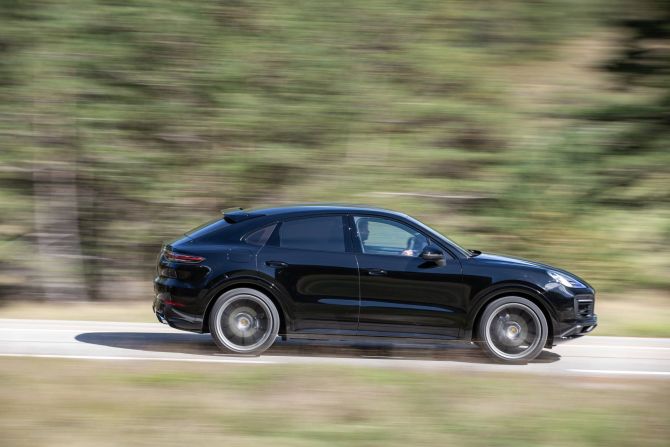 It also adds the final bit of pizzaz and drama a sports coupe is expected to have and seals the deal.

At the end of the day, it’s a sportier-looking version of an SUV, from a company that has a formidable sporting pedigree.

Get inside this car, and the first thing that is probably going to catch your attention is the huge infotainment display.

The infotainment itself is pretty responsive and immersive, and overall is very good, as is expected in this price range.

But it misses out on Android Auto, an infuriating omission if you own an Android device.

Moving on, the grab handle attached to the center console reminds you of the rugged side of this car. 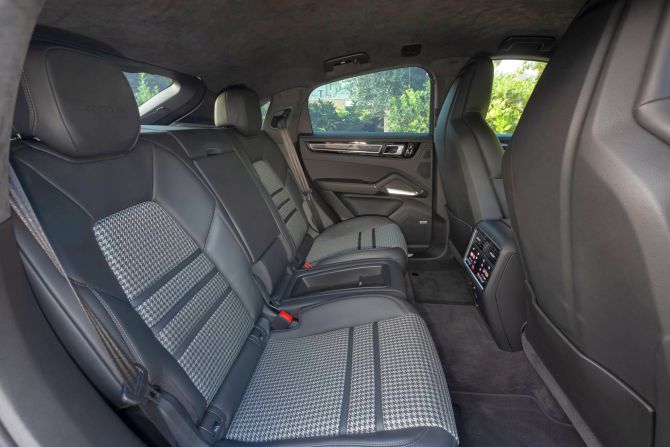 Overall cabin quality is top-notch and would satisfy even the most nit-picky customers.

The materials used are nothing short of the best.

The paddles are made of actual metal, instead of plastic which shows who this car is for.

And the duo of the digital driver’s displays are highly customisable and are easy to operate while on the road.

The heads-up display is also very informative and is easy to read while driving.

One factor of this interior that only time can review is the use of piano black plastics at touch-points. 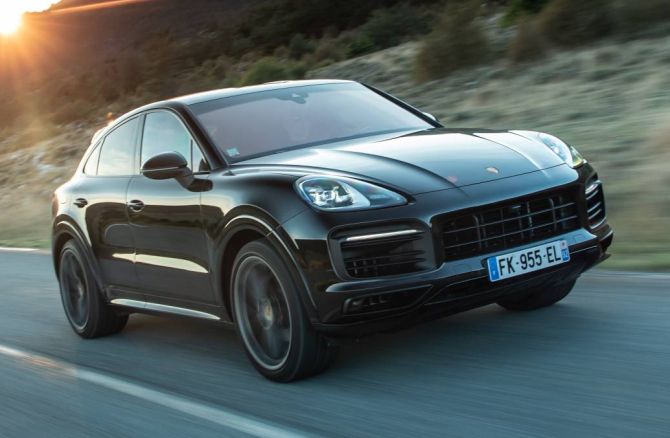 Also, the lack of tactile buttons and the shift to digital buttons and haptic assisted buttons pose an ergonomic question.

The rear seat experience is where the sloping roofline introduces itself as an ergonomic issue.

But Porsche have dealt with this by lowering the seats to improve headroom.

Knee-room, as in the Cayenne SUV is really good.

The Porsche Cayenne Turbo comes with an option of two-seater rear, or a three-seater bench. 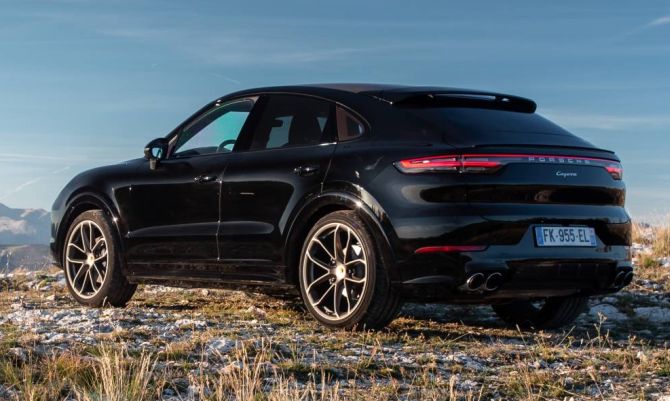 If you plan to carry three in the back often though, the sloping roofline can become a problem for the middle passenger.

The boot space is compromised, but not to a large extent, and is still sizeable even for long journeys.

Tiny touches to this interior, and other latest Porsche interiors in extension are quite nice.

Overall, the interior is very good looking and is a cozy place to be in, and does the job gripping you through corners when you push this car to the fullest. 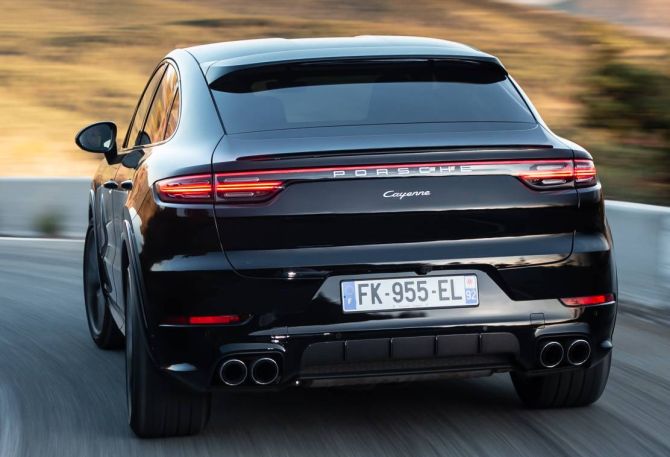 All of this power hiding underneath the bonnet, when unleashed can take you from standstill to 100 km/hr in just 3.9 seconds in the sportiest variant (Sports Chrono pack is standard).

The 8-speed Tiptronic S gearbox is pretty good and fast with shifts. 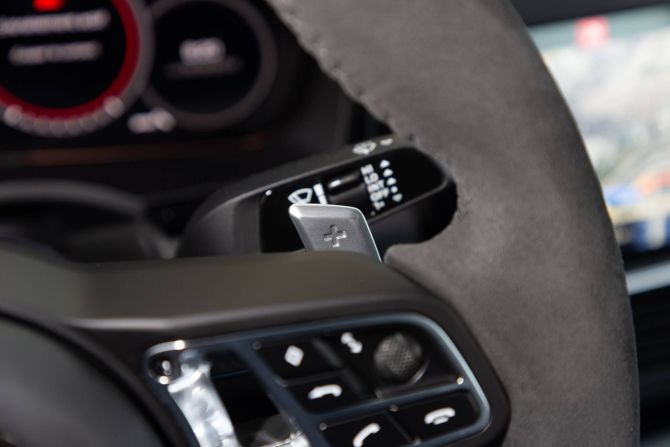 But the dynamics itself is where the Porsche Cayenne Coupe comes alive.

Porsche have used all the tech available to make this car dynamically superior to their rivals.

Additions like rear-wheel steering, active anti-roll bars, torque vectoring have alleviated the extra weight that is inherent with SUVs. 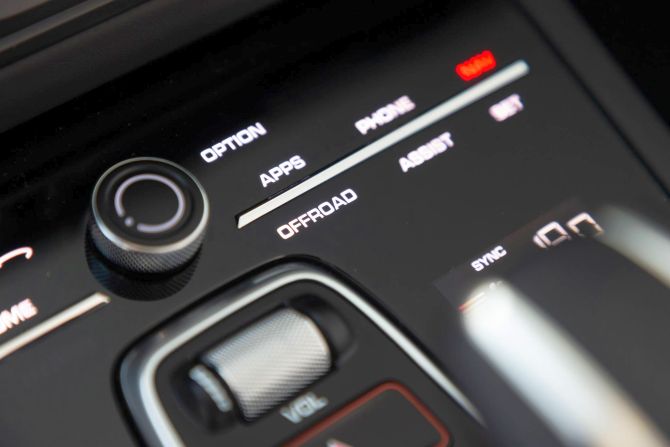 The comparatively lower driving position also helps with the sensation of speed inside the car.

All in all, the driving experience makes you forget that this car weighs 2.2 tons, with the steering offering wonderful feel and feedback.

The Porsche Cayenne Coupe ticks a lot of the right boxes. 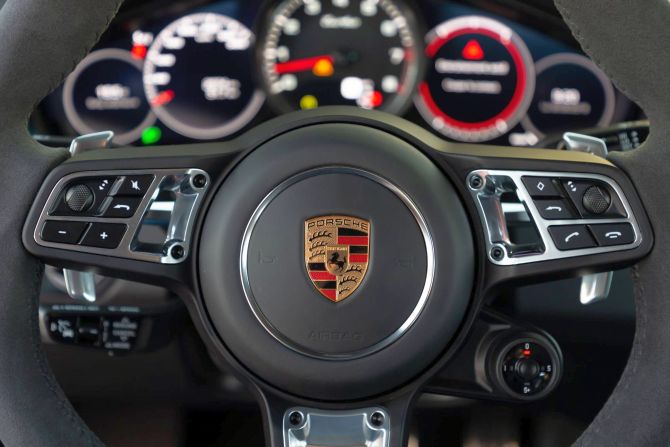 Coming to safety, this car is pretty safe.

With all the safety tech there is in the market, the car has a 5-star safety rating. 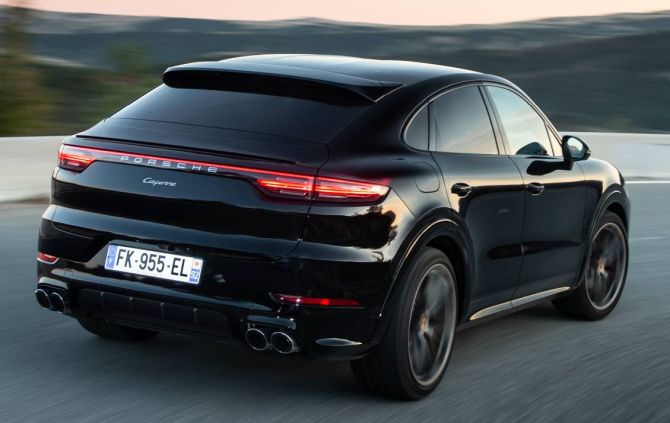 Taking its rivals into consideration (BMW X6, Mercedes GLE Coupe, Audi Q8), the Cayenne Coupe is very much worth shortlisting.

As said before, its a coupe SUV, but has all the elements that make a Porsche both aesthetically and dynamically poised.