Home » One Russell 2000 signal could point to a summertime rally, analyst says 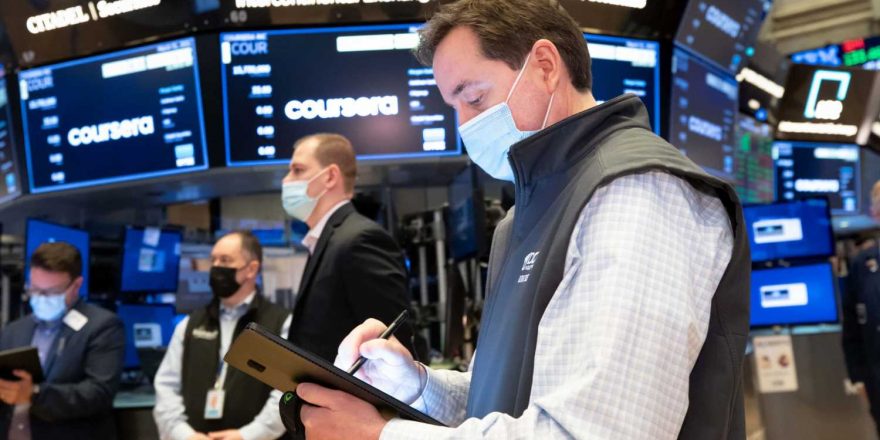 One Russell 2000 signal could point to a summertime rally, analyst says

Small caps have taken a breather this month after racing ahead of the S&P 500 earlier this year.

The IWM ETF, which mirrors the small cap-focused Russell 2000, has fallen more than 1% in May as large-cap stocks have crept higher.

Its next move could determine how the rest of the market performs in the coming months, according to Ari Wald, head of technical analysis at Oppenheimer.

"We note that seasonals are a tail wind through July, for the first part of the summer, and we think that the market has already endured an internal consolidation that really dates back over the last three months," Wald told CNBC's "Trading Nation" on Monday. "It's almost as if the internals have coiled and truth be told that spring could uncoil in either direction."

Monitoring the Russell 2000 could give clues as to whether that move is higher or lower, he added.

"Our expectation [is] for a summertime rally. We're going to use the Russell 2000 as our signal here. I think [our forecast is] intact as long as the Russell is above its March low at 2,085 support. As long as that's the case, which it is, rallies should continue and below there would derail our positive view," he said.

The Russell traded Tuesday above 2,233. A move back to its March low implies 7% downside.

Even if its next move is higher, Boris Schlossberg, managing director of FX strategy at BK Asset Management, is not a buyer of small caps here.

"I'm actually a lot less bullish Russell than I was even a month ago. A lot of that ironically has to do with the fact that I think inflation is really going to wane as we go forward," he said during the same segment. "As the 10-year yields have come down, it is becoming hard to imagine that all of these small companies that have had their costs rise a lot are going to be able to pass their costs onto the consumer."

Moderating yields aren't the only warning sign Schlossberg sees for the Russell 2000. He also points to weaker retail sales data and a disappointing April jobs report as two other signals that could keep a lid on the small-cap rally from here.

"It doesn't mean I think the Russell is going to go down. It just means I think it is going to relatively underperform the Nasdaq. And for me the trade that was long Russell, short Nasdaq is now reversed and that's how I would be positioned as we go forward," he said.