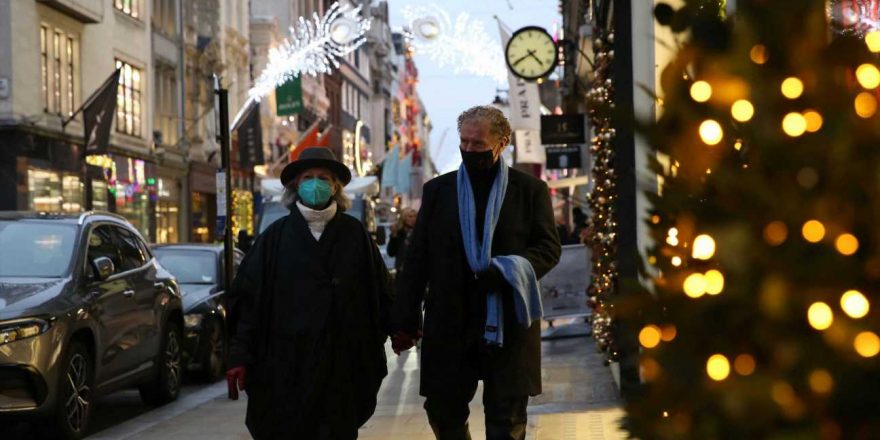 Omicron up to 70% less likely to cause hospitalization than delta variant, UK government study finds

LONDON — People are far less likely to be admitted to hospital with the omicron Covid variant than the previous delta strain, according to a U.K. government study published Thursday.

The U.K. Health Security Agency said individuals with omicron are estimated to be between 31% and 45% less likely to attend emergency departments compared to those with delta, and 50-70% less likely to require admission to hospital.

The analysis is "preliminary and highly uncertain" due to the small numbers of omicron cases currently in hospital, the inability to effectively measure all previous infections and the limited spread of the new variant to older age groups, the UKHSA said.

The findings are based on 132 people who were admitted to or transferred from emergency departments. Of those, 17 people had received their boosters, 74 people were double vaccinated and 27 were unvaccinated. Eight people had received a single shot, and the vaccination status was unknown for 6 people.

The study said that 14 people have died within 28 days of a diagnosis of omicron, ranging in age from 52 to 96 years old.

"Our latest analysis shows an encouraging early signal that people who contract the Omicron variant may be at a relatively lower risk of hospitalisation than those who contract other variants," Jenny Harries, chief executive of the UKHSA, said in a statement.

"However, it should be noted both that this is early data and more research is required to confirm these findings."

The preliminary data tallies with similar findings from scientists in South Africa and research teams at Imperial College London and the University of Edinburgh.

Some glimmers of hope are emerging on omicron, but experts stress caution

Research published by South Africa's National Institute for Communicable Diseases Tuesday found that people infected with omicron were 80% less likely to be sent to hospital compared to other variants. It also found a 70% reduction in the risk of severe illness non-hospitalized individuals.

The authors of the study, which has not been peer-reviewed, cautioned this may be due to higher immunity among the population, either from previous infection or vaccination. South African health officials also said the data should not be extrapolated to all countries.

In Scotland, researchers found that omicron is two-thirds less likely to result in hospitalization versus delta, and further emphasized the importance of getting a booster shot.

It is still early days, but the preliminary findings offer hope that the human and economic toll of the heavily mutated strain will not be as severe as initially feared. Omicron has spread like wildfire, resulting in the reintroduction of restrictions in some countries as authorities race to contain it.

The higher transmissibility of omicron means the risk of health systems being overloaded during the winter period is still quite high, however, as the vast number of infections will likely lead to more people requiring hospital care.

Omicron was first identified in South Africa in November and has been labeled by the World Health Organization as a "variant of concern." The U.S. is now reporting more than 160,000 new daily infections on average, while the U.K. reported more than 100,000 cases for the second day in a row Thursday.