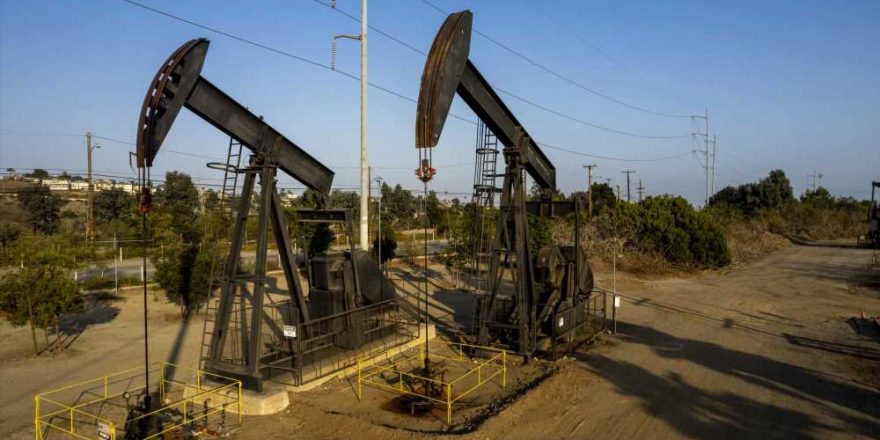 Oil prices jumped on Monday as traders bet that Friday's sharp sell-off, prompted by fears that the new omicron Covid variant will curb demand for petroleum products, was overdone.

WTI tumbled 13% on Friday for its worst day since April 2020, and also closed below its 200-day moving average — a closely-followed technical indicator — for the first time since November 2020.

Brent crude, the international oil benchmark, advanced 2.7% on Monday to $74.68. The contract declined 11.55% on Friday, and along with WTI registered a fifth straight week of losses.

"Friday's price slide was excessive," said analysts at Commerzbank. "Admittedly, the omicron variant is fueling concerns about demand, but it is not yet possible to put any serious figure on what effect this will genuinely have on demand," the firm added.

Even before Friday's sharp drop oil had been trending lower after WTI hit a seven-year high above $85 in October. Brent crude hit a three-year high last month.

Given oil's strong 2021 rebound, analysts at RBC added that some of Friday's sell-off can be attributed to traders locking in profits.

"At least part of the air pocket lower on Friday was a function of winding down risk, potentially for the year," the firm said Sunday in a note to clients. "Following a strong 11 months of pricing, oil traders would rather de-risk and protect the nest egg, than fight the tide of market moving events like COVID for another month into year-end."

Oil's whipsaw moves come ahead of a key meeting between OPEC and its oil-producing allies, where the group will decide on production policy for January. At present the alliance, known as OPEC+, has been returning 400,000 barrels per day to the market each month as it unwinds the historic production cuts it implemented in April 2020 as the pandemic sapped demand for petroleum products.

In addition to the latest price action, the group will also be evaluating the supply and demand trajectory after the U.S. and other nations last week announced plans to tap the Strategic Petroleum Reserve in an effort to curb the rapid side in fuel costs. The Biden Administration said that the U.S. would release 50 million barrels from the SPR.

Wall Street's divided over what OPEC+ may announce when it meets on Thursday. "With uncertainty over omicron, we expect that OPEC will shelve its target to increase output in January and keep its quota flat," Morgan Stanley wrote in a note to clients.

Citi, on the other hand, believes that OPEC+ will "hold the line, and stick to its planned 400-k b/d quota increase."