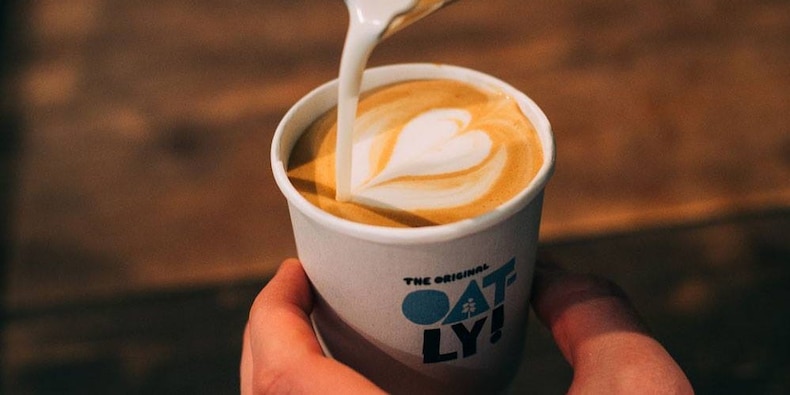 Plant-based milk producer Oatly soared in its IPO debut on Thursday, trading up as much as 34% to a high of $22.74.

The company priced its IPO late Wednesday night at the upper end of its targeted range of $15 to $17 per share, giving the company a $10 billion valuation.

That's a quick quintuple in valuation from less than a year ago, in which the company raised $200 million from celebrity investors like Oprah Winfrey, Natalie Portman, and Jay-Z at a $2 billion valuation. Oatly's IPO raised $1.4 billion in proceeds for the company, which will be used to fuel its growth and build out its manufacturing capacity.

Oatly is a Sweden-based company that was founded in 1994. The company developed a plant-based milk from oats, initially targeting the lactose-intolerant population of Sweden. But business really boomed after the company entered the US market in 2017, targeting high-end coffee shops that specialized in designer lattes.

Oatly sets itself apart from other alternative milk products like almond milk and soy milk in that it has a high fat content, which allows the drink to be properly frothed like regular cows milk for coffee drinks.

The company saw its revenue more than double in 2020 to $421 million, but it is not yet profitable. Losses in 2020 accelerated to $60 million, compared to about $36 million in 2019, according to regulatory filings.

Oatly trades on the Nasdaq later today under the ticker symbol "OTLY."