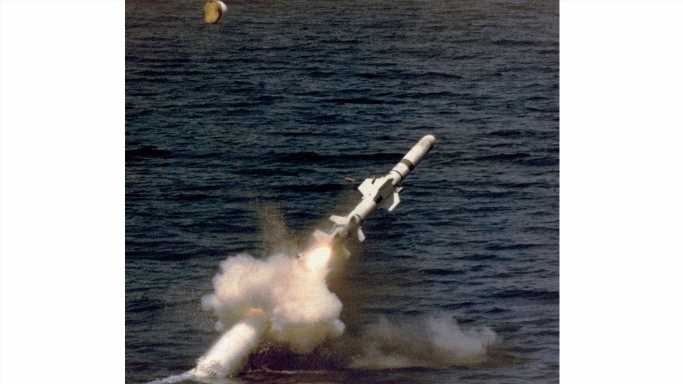 The United States is the only nation to have ever used atomic weapons in war. The world entered a new and deadly age in August of 1945 when U.S. planes dropped atomic bombs on the Japanese cities of Hiroshima and Nagasaki.

That attack led to the end of one terrible conflict but set the stage for a potentially more horrific one – the Cold War, pitting the U.S. and its allies against the Soviet Union and its bloc of nations. Once the Soviet Union achieved the capability to build nuclear weapons, a terrifying arms race commenced. (This is what a nuclear war would do to the world.)

Though the Cold War has ended, nuclear weapons and the military philosophies governing their use (or non-use) are still very much with us.

To assemble a short glossary of terms describing nuclear weapons and their use, 24/7 Tempo consulted reports and data from the Stockholm International Peace Research Institute, Our World in Data, the Bulletin of the Atomic Scientists, the Federation of American Scientists, National Interest, and the U.S. Department of Defense.

“At the start of the Cold War, nuclear-weapons systems were predominantly tactical, shorter-range systems, with a few long-range bombers,” according Hans Møller Kristensen, director of the Nuclear Information Project at the Federation of American Scientists and a senior fellow at the SIPRI. “The capabilities ballooned in the 1960s with more flexible options and long-range ballistic missiles, and in the 1970s the number of warheads carried on strategic systems increased vastly.”

Today, per Kristensen, “Both sides don’t see the need to deploy as many nuclear weapons as before. At the strategic level, this manifests itself as most launchers being deployed with less than their maximum warhead capacity.”

At the same time, however, Russia has been developing and testing new systems over the past decade. China is developing and testing new generations of land-based ballistic missiles, boosting the range of its submarine-launched ballistic missiles, and has plans to build a new bomber. North Korea has conducted six increasingly sophisticated nuclear tests and three ICBM flight tests that demonstrated what it claims is its ability to strike the U.S. homeland. (Here’s more on the countries that control the world’s nuclear weapons.)

In addition, since the U.S. abandoned the nuclear accord with Iran in 2018, that nation has scaled up its nuclear activity, including producing uranium enriched to 60%, which is near weapons-grade material. Another concern is that enriched uranium might find its way into the hands of groups of religious zealots such as ISIS and the Taliban. The Middlebury Institute of International Studies at Monterey outlines two possible scenarios: a nuclear device might be acquired by terrorists from a nation that has a nuclear arsenal, or a crude nuclear bomb could be consructed by non-state actors using highly enriched uranium or plutonium. Fortunately, the Institute considers both of these scenarios unlikely.