Home » Business » New York City mayoral race: What to know about the candidates, issues and why a ‘progressive’ isn’t leading the way 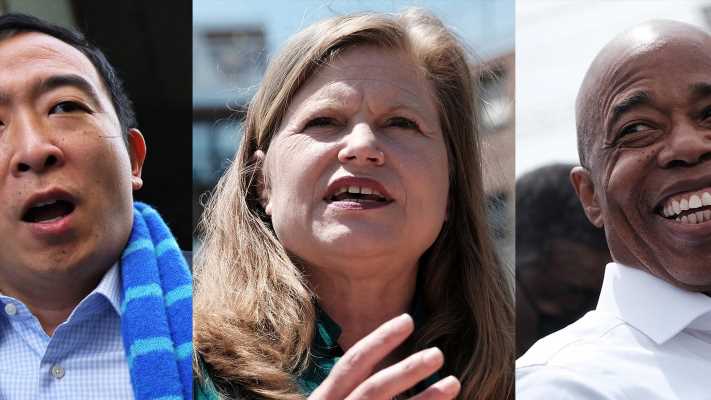 New York City mayoral race: What to know about the candidates, issues and why a ‘progressive’ isn’t leading the way

NEW YORK – In what could be the most consequential mayoral elections in the city’s recent history, a host of Democratic candidates in a tightly contested race are vying to become the Big Apple’s next mayor.

Eight major Democrats are making their final bids to New York City voters in a campaign that has touched on a variety of challenges facing the city, led to a diverse list of candidates and featured plenty of Zoom calls.

The winner of the Democrat primary on June 22 is largely expected to win the general election in November, with no major Republican candidate having formed a serious challenge. But new to this year’s election is ranked choice voting, which could lead to some unexpected quirks in how votes fall as candidates are eliminated.

The leading contenders appear to be Andrew Yang, who is still seizing on the energy around his 2020 Democratic presidential run; Eric Adams, who as a former NYPD officer has zeroed in on public safety; and Kathryn Garcia, who touts her long governmental experience to lead New York back to a pre-pandemic normal.

Democratic Mayor Bill de Blasio, who has reached his term limit, has not endorsed any candidate.

Among the issues making this year’s election so closely watched: spikes in crime and concerns about public safety, New York’s economic recovery from the COVID-19 pandemic, and issues around equity in policing, housing and education.

“There’s a way in which we feel that New York is America on steroids. And whatever happens in this city is a window into what can happen in other cities,” said Michael Hendrix, director of state and local policy at the Manhattan Institute.

Here’s what you need to know:

Who is running for New York City mayor?

The eight major Democratic candidates are: