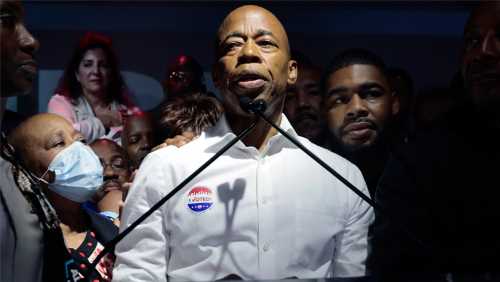 Eric Adams, the mayor of New York City, is canceling all public events for the remainder of the week after an announcement today that he has contracted Covid-19.

“This morning, Mayor Adams woke up with a raspy voice and, out of an abundance of caution, took a PCR test that has now come back positive,” press secretary Fabien Levy said in the statement Sunday.

“At this time, the mayor has no other symptoms, but he is already isolating and will be canceling all public events for the remainder of the week,” the statement said. “He is also going to immediately begin taking the anti-viral medications offered for free to New York City residents and encourages all New Yorkers eligible for these medications to take them as well.”

“While he is isolating, he will continue to serve New Yorkers by working remotely,” Levy added.

Adams has attended several public events in New York this week, and was at the April 2 Gridiron Club dinner in Washington, DC. That event has so far generated 67 cases among attendees, including high-profile White House cabinet members, Attorney General Merrick Garland, and House Speaker Nancy Pelosi.

Sam Elliott Apologizes For ‘Power Of The Dog’ Comments: “I Feel Terrible About That”