Home » Business » NBCUniversal Says Tokyo Olympic Games Are On With 7,000 Hours Of Programming Across Platforms 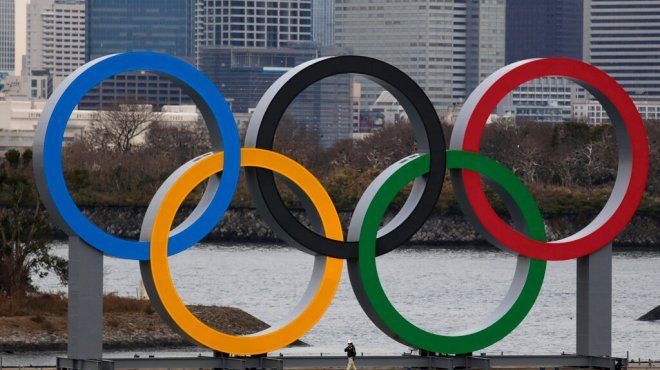 NBCUniversal Says Tokyo Olympic Games Are On With 7,000 Hours Of Programming Across Platforms

NBCUniversal announced today that it will present an unprecedented 7,000 hours of coverage of the Tokyo Olympics this summer on two broadcast networks, six cable networks and multiple digital platforms serving both English and Spanish-language viewers.

The Games postponed from last summer will unspool July 23-August 8 in Tokyo, Japan, the company said, dispelling rumors to the contrary that have been percolating given local discontent tied to low Covid vaccination rates in Japan. There will be no foreign visitors and may not be any live fans. But this will be the first major global gathering since the pandemic began.

“After a devastating year, the world comes together again, finally, in Tokyo this summer,” said Molly Solomon, Executive Producer and President, NBC Olympics Production. “We are going to deliver the most comprehensive — and accessible — coverage for any sports event in history.  The depth and breadth of our broadcasts will be unprecedented, showcasing once-in-a-generation athletes and storylines that will capture the incredible uniqueness of these Games and our times.”

NBCUniversal said a big focus of its coverage, naturally, will be Team USA, which has won more overall medals than any other nation at six consecutive Summer Games. The group is expected to be led by athletes including Simone Biles, Katie Ledecky, Caeleb Dressel, Simone Manuel, Allyson Felix, Noah Lyles and others.

In team sports, the U.S. women should contend for gold across basketball, soccer, softball, and water polo, as well as gymnastics and rowing. In men’s basketball, the “Dream Team” will attempt to win its fourth consecutive gold medal and 16th overall, the network said in an announcement Monday detailing its plans so far.

The NBC broadcast network will remain be the backbone with 17 consecutive nights of primetime coverage and 250 hours of stories culled from the Games. Similar to the Olympic Winter Games in PyeongChang in 2018, NBC will broadcast its primetime show live across all time zones with continuing coverage on Prime Plus (formerly the late-night show) following late local news. Prime West will also return for viewers in the Pacific time zone.

Cable Networks; USA Network, CNBC, NBCSN, Olympic Channel: Home of Team USA, and Golf Channel will present 1,300-plus hours of Tokyo Olympics coverage. USA Network’s kicks off with a women’s soccer where Team USA takes on Sweden at 4 a.m. ET on Wed., July 21 — two days before the Opening Ceremony. (The U.S. are defending World Cup champions and ranked no. 1 in the world.)

NBC Sports Digital will stream more than 5,500 hours of the Tokyo Olympics on NBCOlympics.com and the NBC Sports app, via authentication, including all 41 sports and 339 medal events on the Tokyo program, plus the Opening and Closing Ceremonies, medal ceremonies, and more.

And Telemundo Deportes, the exclusive Spanish-language home of the Olympic Games in the U.S., will present the most extensive Olympic coverage ever in Spanish-language media focusing on stories and disciplines relevant to the U.S. Hispanic audience with over 300 hours of programming across Telemundo and Universo.

This will be NBCUniversal’s 11th straight Olympics and ninth consecutive Summer Games, both records for media companies. NBC’s first coverage of an Olympic Games was for the Tokyo Olympics in 1964.