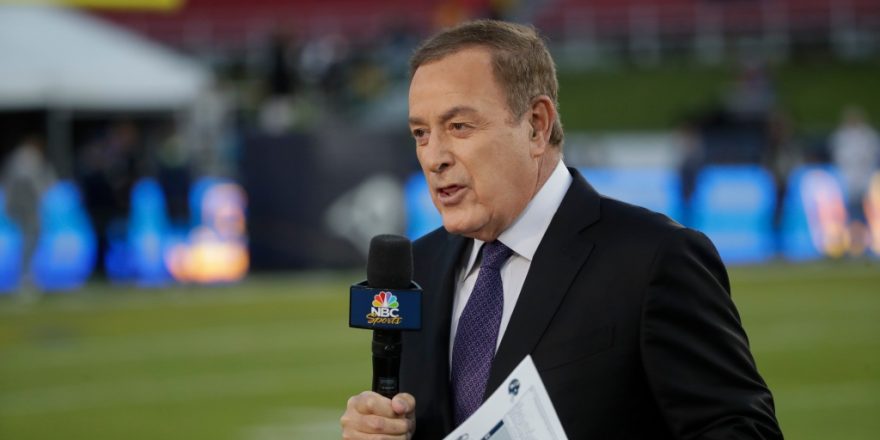 Al Michaels, the giant of sports broadcasting who is nearing the end of his contract with NBC for Sunday Night Football, seems increasingly likely to be the first marquee booth hire at Amazon.

The play-by-play man all but confirmed the shift during a podcast interview with Sports Illustrated, which was posted this morning. Several other media reports, including by the New York Post, had indicated the likelihood of Michaels landing at Amazon. The tech company shelled out billions for exclusive NFL rights starting next season and is ramping up an entire broadcast operation. It has streamed games for years, but using feeds handled by established linear networks rather than mounting full-fledged, original productions.

Asked directly about his potential new work address, Michaels did not throw any cold water on the idea that it would be at Amazon. He called streaming “the new frontier” and said the NFL has ample incentive to make Amazon’s entry a success. That would mean the league could likely reserve plenty of quality games for Amazon as it puts together the Thursday night schedule.

“Right now, I’m playing out this year,” Michaels told Jimmy Traina, the podcast’s host and an SI columnist. “NBC has been great to me. If there is a combination for production between Amazon and NBC, that creates a different template here. Because in effect, we would wind up overseeing two packages. It’s not a deal yet. I know it’s being discussed. Amazon will probably need a partner for production and we’ll see what’s gonna happen at the end of the year.”

Michaels, who will turn 77 years old this month, has appeared on Sunday Night Football, the longtime No. 1 ratings draw on TV, since 2006. Before that, he spent 30 years at ABC Sports, covering a wide range of events. He became known for memorable lines like his call-and-response cry at the 1980 Winter Olympics when the U.S. beat the Soviet Union en route to a gold medal in hockey: “Do you believe in miracles?! Yes!” Including a stint on Monday Night Football, Michaels for decades has been regarded by many as the dean of NFL play-by-play broadcasters.

“This contract can’t end any more beautifully for me and then we’ll take a look and we’ll see what’s gonna happen down the line,” Michaels said. “I love what I’m doing as much as ever. I’m relishing it. I’ve actually had talks through the years with people like Tom Brady and Drew Brees. When they get towards the end of their career, and in a way you know that the end is much closer than the beginning or even the middle, and I’m really just sucking out all the joy I can from this season.”

NBC has taken steps to position Mike Tirico and Brees as the presumed successors to Michaels and Cris Collinsworth. Unlike Michaels, Collinsworth still has two more seasons under contract at NBC.

Reps from NBC Sports and Amazon did not immediately respond to Deadline’s requests for comment.

Watch the full interview with Michaels above.