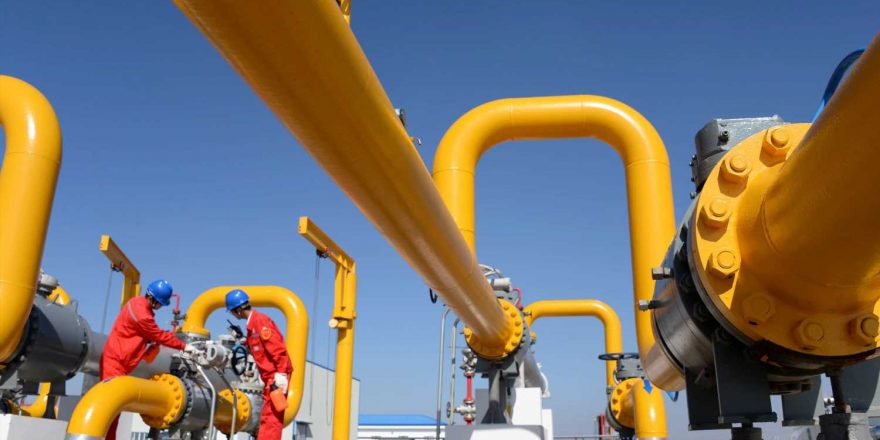 "Over the term of the contract, it is going to aggregate more than 80 million tons," Venture Global CEO Mike Sabel told CNBC's "Worldwide Exchange." "On a dollar basis, that will eventually end up being over $30 billion for the life of the contract."

The deal also makes Venture Global the top American LNG exporter to China. The company will deliver the product from its plant in Plaquemines, Louisiana.

"We've relentlessly focused on delivering the lowest possible delivered clean LNG to the market," Sabel added. "That's what our good friends and our customers at Sinopec in China were looking for."

"[The deal] reflects the shared mission of Sinopec and Venture Global in promoting the global energy transition," Sinopec President Ma Yongsheng said in a statement, stressing it's a significant step in achieving carbon emission and neutrality goals.

The new Venture Global-Sinopec contract will double imports of U.S. liquefied natural gas to China — and at 4 million metric tons each year, it's twice the size of a deal that Sinopec reached with Qatar earlier this year.

One of Venture Global's priorities has been to try to control production efficiencies, Sabel said, adding it was a factor in making the Sinopec deal happen. "We think overall, relative to U.S. producers traditionally, we've probably shaved 30% off the cost," he said. "Relative to some of the international projects, more than 50%."

Sabel also said that given China's current demand for alternative energy, deals such as this one serve a long-term purpose to reduce the impact of global climate change and carbon emissions. China is currently undergoing an energy crunch, with some analysts saying that shortages could lead the country to have to build more coal plants.

"The biggest impact you could have today in direct reduction in CO2 emissions is abatement of coal," Sabel told CNBC. "This gigantic deal we announced, in addition to energy security for China and diversification of supply and great price, was also about directly reducing emissions." He emphasized that investment in current energy infrastructure is critical to lowering global carbon dioxide emissions.

"It's greater than any other thing that's going on in the world today, in terms of investments in future potential reduction based on new technologies," Sabel said. "We have it today, that we can make these reductions, because the developing world is still bringing into service large amounts of coal plants." He added, "The larger that gas deals are, with anybody, the more you are directly reducing future potential CO2 emissions."