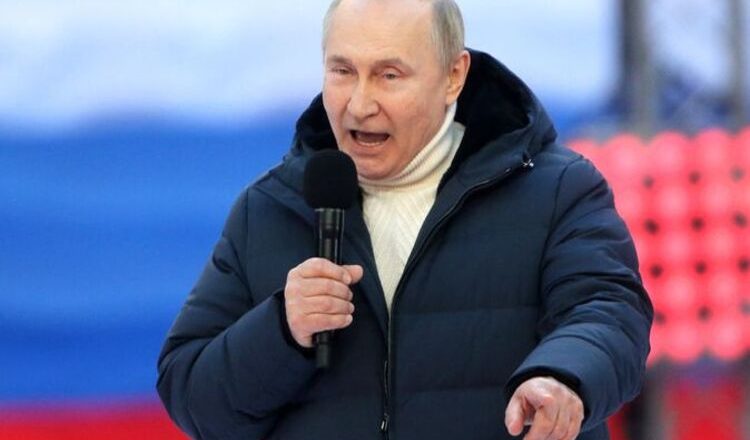 On Monday, April 4, another of Russia’s bond payments to international investors came due, triggering a 30-day deadline for the country to make payment in dollars. Russia’s ability to make payments has already been severely restricted by the freezing of its foreign currency assets, however in a further blow the US Treasury this week announced it would halt dollar debt payments from sanctioned banks to US banks. The move now leaves Russia with $649 million (£495m) it is unable to return to investors via normal routes, pushing the country its closest so far towards default. In a statement the Ministry of Finance of Russia blamed “unfriendly actions” by the US Treasury for preventing it fulfilling its obligations.

Russia has previously hit out at attempts to prevent it paying its debts, accusing the West of trying to engineer an “artificial default”.

In response the finance ministry said it had transferred the funds in rubles to Russia’s National Settlement Depository with payments due to foreign investors being placed into special accounts until a way of converting them into dollars can be found.

The finance ministry explained: “Payments due to holders who are foreign persons associated with foreign states, who commit unfriendly actions in relation to the Russian Federation, Russian legal entities and individuals, shall be credited to type “C” accounts.

Under the terms of the bond payment is only allowed in dollars meaning even if investors receive the equivalent in rubles this could be classified as a default.

The further restrictions on Russia’s ability to pay its debts comes alongside new sanctions this week freezing assets at two of Russia’s largest financial institutions, Sberban and Alfa Bank,

Speaking at a press briefing a US official explained the debt payment restrictions meant Russia would “now have to find new sources of dollars from outside the US, and to find a new payment route, other than US banks, to avoid falling into default.

“That’s Russia’s choice as to how it proceeds — even if Russia taps into other sources of hard currency to remain current on its debt obligations that will translate into fewer resources available to Putin to fund his war machine”.

A default by Russia would serve to prolong the damage to its economy already inflicted by sanctions.

Timothy Ash, an emerging market strategist at BlueBay Asset Management, noted it would “likely lock Russia out of international capital markets for years (decades) to come”.

He suggested that even if “friendly lenders” such as China could be found, the would “be reluctant to lend unless at extremely high rates.”

Russia’s last previous default was in 1998 when a financial crisis saw the ruble devalued and Russia default on its domestic debt.

Russia subsequently took around six years to redeem its credit ratings with global agencies and once again be viewed as investment grade.

Mr Ash pointed out however this was achieved with extensive international cooperation whereas “this time around Russia will remains an international pariah.”

Russia has already been downgraded to a “C” by credit ratings agency Fitch suggesting it is near default, while the cost of insuring Russian debt has soared to represent a 99 percent chance of default.