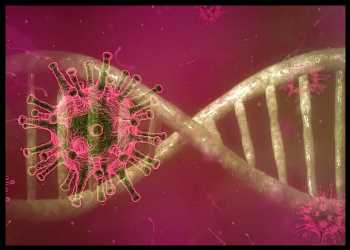 The Nigeria Centre for Disease Control (NCDC) said on Wednesday that three Omicron variant cases have been detected in travelers who arrived in the West African country from South Africa in the past week, according to local health authorities.

Saudi Arabia’s state-run SPA reported that the first case of the new coronavirus variant has been confirmed in the gulf nation. The infected Saudi national has a very recent history of returning from a North African country.

The European Centre for Disease Prevention and Control said that the majority of confirmed cases in Europe have a history of travel to African countries, with some having taken connecting flights at other destinations between Africa and Europe. So far, no severe cases or deaths have been reported among these cases.

Following the discovery of the new variant, at least 70 countries and territories have imposed travel restrictions from several African nations.

However, the South African doctor who raised the alarm first on the new variant says the world is over-reacting. Acording to Dr. Angelique Coetzee, the chairwoman of the South African Medical Association, patients she saw only had mild symptoms and recovered fast.

With 34544 new cases reporting on Wednesday, the total number of Covid infections in the United States rose to 48,126,574, as per the latest data from Johns Hopkins University.

An additional 395 Covid deaths on the same day took the total number of people who died due to the pandemic to 775,797.

Minnesota reported the most number of cases – 12,631 – while Indiana recorded most Covid deaths – 119.

As per the latest data published by the Centers for Disease Control and Prevention, 197,058,988 people in the United States, or 59.4 percent of the population, have been fully vaccinated against the deadly virus. This includes 86.3 percent of people above 65.

460,773,508 vaccine doses have been administered so far nationally.