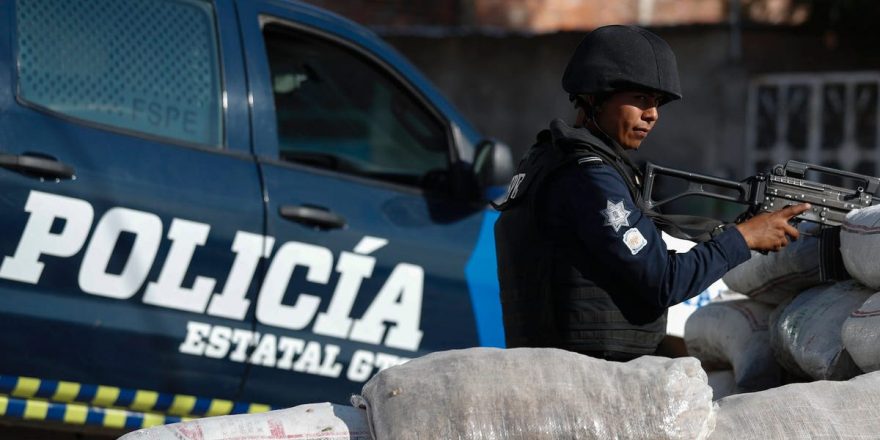 The Jalisco New Generation Cartel (CJNG) is targeting and killing police officers at their homes in Guanajuato, Mexico’s most violent state and the most dangerous for police.

According to a report by the Associated Press (AP), the cartel abducted several members of an elite police force in Guanajuato and tortured them to obtain names and addresses of other officers.

Now CJNG members are showing up at officers’ homes on their days off and murdering them in front of their families, the news agency said.

According to Poplab, a news cooperative in Guanajuato, at least seven officers have been murdered on their days off in 2021.

AP said the offensive against the state police officers — members of a force known as the Tactical Group — poses “the most direct challenge yet” to President López Obrador’s so-called “hugs, not bullets” policy, which is characterized by the desire to avoid conflict with cartels and instead focus on addressing the root causes of crime through government welfare and social programs.

However, the CJNG — generally considered Mexico’s most powerful and violent criminal organization — doesn’t share the desire to avoid conflict, having declared war on the Tactical Group, which it says has treated its members unfairly. 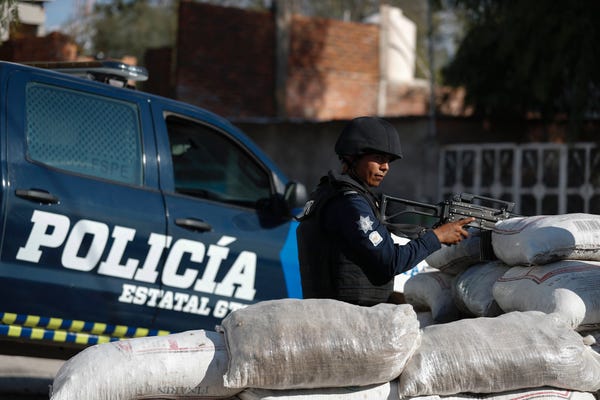 “If you want war, you’ll get a war. We have already shown that we know where you are. We are coming for all of you,” read a professionally printed CJNG banner that was hung on a building in Guanajuato this month.

“For each member of [the CJNG] that you arrest, we are going to kill two of your Tacticals, wherever they are, at their homes, in their patrol vehicles,” the banner said.

AP said that officials in Guanajuato — where the CJNG is engaged in a turf war with the Santa Rosa de Lima Cartel and other local gangs supported by the Sinaloa Cartel — refused to comment on how many members of the Tactical Group have been killed.

State police did, however, publicly acknowledge the latest case in which an officer was kidnapped from his home last Thursday and killed. His body was dumped on a highway.

Without offering an exact figure, Guanajuato-based security analyst David Saucedo said there have been many cases of cartel violence against police.

“A lot of them [the elite police officers] have decided to desert. They took their families, abandoned their homes and they are fleeing and in hiding,” he told AP. “The CJNG is hunting the elite police force of Guanajuato. … This is an open war against the security forces of the state government.”

Cartel gunmen went to the home of a policewoman in January, where they kidnapped her and killed her husband. The female officer was subsequently tortured and shot dead.

The average since that year of about 75 killings of police per year in Guanajuato is higher than the annual average of officers killed in the entire United States, which has a population 50 times that of the Bajío region state.

Violence against police in Guanajuato, Mexico’s worst state for homicides in recent years, has become so bad that the state government published a special decree on May 17 in which it pledged to provide an unspecified amount of funding for mechanisms to protect police and prison officials. 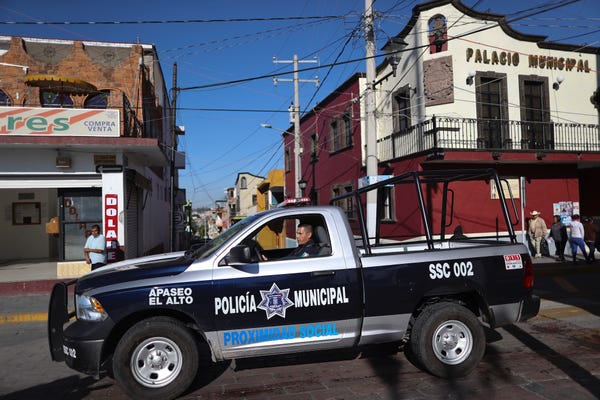 “Unfortunately, organized crime groups have shown up at the homes of police officers, which poses a threat and a greater risk of loss of life, not just for them, but for members of their families,” said the decree issued by Gov. Diego Sinhue.

“They have been forced to quickly leave their homes and move so that organized crime groups cannot find them.”

AP said that state officials refused to describe the protection measures offered to police. They also declined to comment on whether officers would receive financial assistance to rent new homes or whether there were plans to build secure housing compounds for police and their families.

Federal security forces are deployed in Guanajuato but have failed to stem the violence or put any significant dent in criminal activity.

The federal government argues that its “hugs, not bullets” approach to security will result in a reduction in violence, but 2 1/2 years after it took office, homicide numbers remain extremely high, declining just 0.4% in 2020 from the record set in 2019 despite the coronavirus pandemic and the deployment of almost 100,000 National Guard troops.

Despite a campaign promise to withdraw the military from the nation’s streets, López Obrador has continued to use the armed forces for public security tasks but given them a clear directive to avoid direct confrontations with cartels wherever possible.

Former United States ambassador to Mexico Christopher Landau said last month that the president sees combating cartels as a distraction from his political agenda and has adopted a laissez-faire attitude toward them.

“He sees the cartels … as a distraction from focusing on his agenda. So he has basically adopted a pretty laissez-faire attitude towards them, which is troubling to our government, obviously. I think it’s a big problem for Mexico,” he said.