Home » Business » Medicare won't let this 68-year-old cancer patient enroll in Part B. It's costing her thousands of dollars 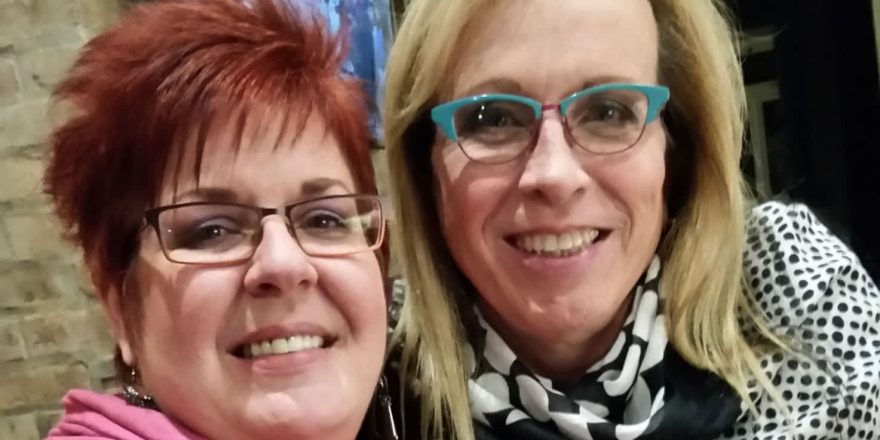 Medicare won't let this 68-year-old cancer patient enroll in Part B. It's costing her thousands of dollars

Medicare's rules for signing up have put 68-year-old Scarlet Poulet in an unenviable situation.

The New Orleans resident, who is recovering from cancer, has been enrolled in Medicare Part A (hospital coverage) since 2018 when she reached the eligibility age of 65. Yet due to how Medicare interacts with insurance through an employer — coverage she lost in August — Poulet is now not allowed to sign up for Part B (outpatient care) until January.

That's when a three-month enrollment window opens for beneficiaries who didn't enroll when they were supposed to. Even then, however, Poulet's Part B coverage would not start until July due to Medicare rules — and she could face life-lasting late-enrollment penalties.

More from Personal Finance:
How to get a jump-start on upcoming tax season
Make these investment moves to beat inflation
More than 1 in 3 U.S. adults carry medical debt

"The rules surrounding Medicare eligibility, particularly as it relates to employer-based coverage, is unnecessarily complicated, with quite unfair results in some situations, like this one," said David Lipschutz, associate director and senior policy attorney for the Center for Medicare Advocacy.

For most of Medicare's 63.3 million beneficiaries, long delays before coverage begins or late enrollment penalties are not typical. However, for individuals who have insurance elsewhere when they reach age 65, mistakes in following the enrollment rules exactly can be problematic at best and costly at worst.

A bill that cleared Congress last year called the BENES Act fixes the type of seven-month lag Poulet faces between Part B enrollment and its start date, but it doesn't take effect until 2023. At that point, coverage will begin the month after a person enrolls.

However, the legislation does not specifically address the issue that led to Poulet's predicament.

In Poulet's case, signing up for only Part A made sense at the time — she was covered through wife Nadine Kujawa's workplace health plan. And, the rules allow beneficiaries to delay Part B without penalty if they have coverage elsewhere that Medicare considers acceptable.

The problem arose when Kujawa resigned from her job to care for Poulet — who was diagnosed with a rare head and neck cancer in 2019 — and the couple remained on Kujawa's insurance as allowed under the Consolidated Omnibus Budget Reconciliation Act, or COBRA.

That law permits workers to stick with their health plan for up to 18 months (sometimes longer) when they leave a company, although they must cover the full cost of premiums instead of the employer chipping in.

While the work-based plan was suitable in lieu of Medicare Part B for Poulet while her wife was working, Kujawa's separation from employment automatically rendered the coverage unacceptable.

"Unfortunately, under Medicare rules, everything changes once the insurance is not related to active employment," Lipschutz said. "It's confusing and trips up a lot of people."

Unbeknownst to Poulet, at that point she had an eight-month window to sign up for Part B under Medicare rules to avoid late enrollment penalties.

In 2019, about 764,000 people paid the Part B late-enrollment penalty, according to congressional research. The penalty is 10% for every 12 months an individual should have been enrolled in Part B but was not.

Unaware of the rules, Poulet remained covered under COBRA until three months ago. She did not qualify for a special enrollment period for Medicare.

With no insurance for outpatient care, Poulet's most recent cancer-related appointment cost $5,563 out of pocket. And that was after requesting financial relief from the original $7,974 price tag.

Poulet said her next step would be to request "equitable relief." This basically involves asking the Social Security Administration to allow her to enroll in Part B immediately and eliminate late-enrollment penalties, although the request generally must involve proof that an agent of the government provided inaccurate information that led to the mistake.

There's no guarantee the plea will work or how long a decision would take. Other federal rules prohibit Poulet from getting a health plan through the public marketplace. She also does not qualify for Medicaid, which places limits on how much income and savings a person can have.

"I lost my insurance, I have cancer, the pandemic is getting worse, and I'm supposed to wait until [July] to sign up?" Poulet said. "It's like they're saying you didn't sign up for Part B so we're gonna put you out to pasture and shoot you."

Exactly what will qualify at this point is uncertain. In other words, there's no way of knowing whether the definition would include mistakes related to employer-based coverage, including COBRA.

Advocates say that when people find themselves in Poulet's situation — unable to enroll and/or facing penalties — it generally is due to thinking they're doing the right thing and there's no one telling them otherwise.

"It's especially hard in situations where people have been paying premiums for other insurance, especially under COBRA," said Casey Schwarz, senior counsel for education and federal policy at the Medicare Rights Center.

"They say 'clearly I wasn't trying to game anything because I was paying more for premiums than I would have for Part B,'" Schwarz said.

One provision that did not make it into the BENES Act but is supported by advocates would require the government to notify individuals approaching Medicare eligibility about enrollment rules.

"The problem is not that COBRA coverage is available, it's that there is not support for these transitions," Schwarz said.