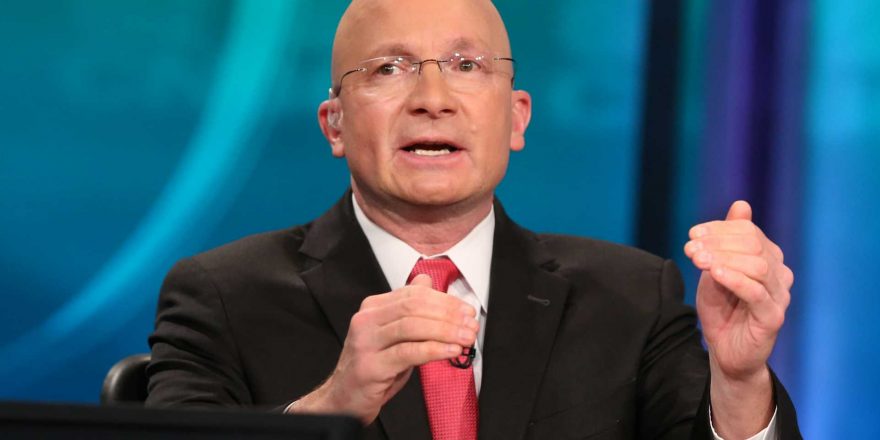 Investors may see a satisfying ending to 2021.

According to Canaccord Genuity's Tony Dwyer, extreme optimism and strong historical trends should offset overbought conditions in the market.

The result: A record finish.

"The internals of the market are still pretty sound," the firm's chief market strategist told CNBC's "Trading Nation" on Monday.

The Dow, S&P 500 and tech-heavy Nasdaq started the week by closing at all-time highs. The three indexes are also on a win streak — up five weeks in a row.

"The market hasn't been that selective, frankly. It's been the mega cap growth theme as well as the cyclicals," the long-term bull said.

In his monthly strategy picture book out Monday, Dwyer made a case for a 3% to 5% gain between now and the end of December based on the typical trend.

"We believe the year-end opportunity still exists based on history of strong years through October, the improved tactical backdrop, and our core fundamental thesis — but, we would be patient buyers," wrote Dwyer.

He contends the market backdrop is very different than his "summer of indigestion" forecast.

But potential heartburn may still be around the corner. Dwyer warns the final weeks of the year will get choppy.

"Broadly, the market should continue higher —afew more percent into year end," he said. "But it's going to be a lot more difficult than the last really 9% in the last five weeks."

Dwyer, who upgraded the market to buy on October 4 from neutral, prefers cyclical groups right now. He likes financials, industrials and materials best.

"It really comes down to a cyclical play versus an economically defensive play," said Dwyer. "The cyclicals still have more room to run into year-end."