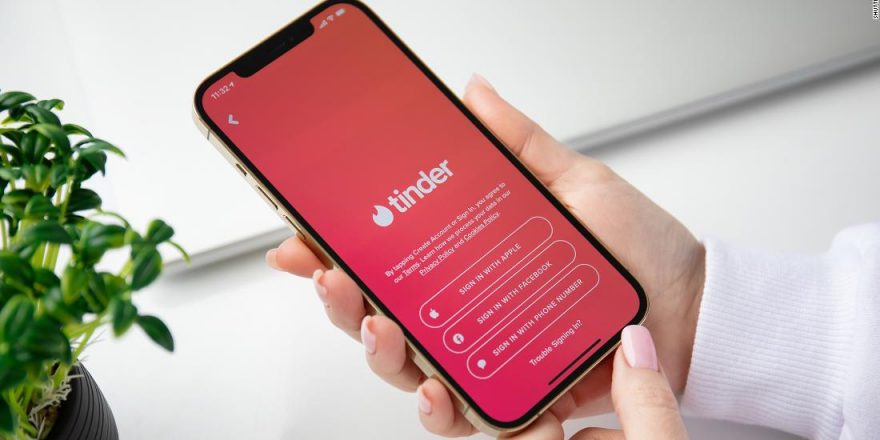 Making relationships better for everybody

New York (CNN Business)After more than a year of health restrictions putting a crimp on in-person dating, Tinder says it’s gearing up for one of the “flirtiest years of our lives.” With that in mind, it’s giving away free Covid-19 tests to encourage safe dating.

The dating app is giving 500 couples who match on Tinder a free self-testing kit so they can they can “take their flirt sesh to the next level,” the Match Group (MTCH)-owned brand announced Tuesday. Tinder partnered with Everlywell, the maker of a federally approved Covid-19 test, for the promotion.
Matches will have to act fast because Tinder is only giving away 1,000 free tests on March 20 at 7 pm ET, which is the first day of spring.

Over the past year, people stuck at home flocked to dating apps to meet and talk with new people. Tinder’s revenue jumped 18% to $1.4 billion, with the popular dating app boosting Match Group’s overall business. Bumble, a rival dating app, has seen its share price double since it went public a month ago.

The Covid-19 test promotion is meant to help people feel safe enough to go out. Tinder said that 40% of matches between people under age 30 haven’t met in person.

The company also noticed that the phrase “go on a date” hit record highs on users’ biographies last month. “It seems with spring around the corner people are more ready than ever to invite their crush to meet up,” Tinder said in a press release. 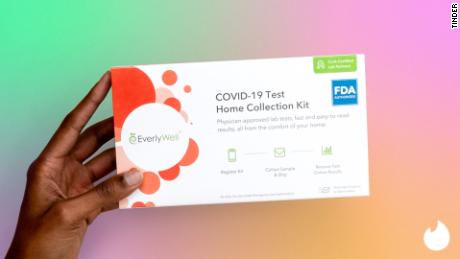 Of course, the test comes with caveats. CNN Medical Analyst Dr. Leana Wen said the Everlywell is largely accurate if used right, but it doesn’t mean people should go wild.
“My concern is that people should use the test in the right way and they don’t see a negative test as a free pass,” Wen told CNN Business.
Wen, an emergency room physician in Baltimore and visiting professor of public health at George Washington University, recommends that people quarantine for a week before taking the test and remain isolated while waiting for the result, which takes between 24 and 48 hours because it has to be mailed.

“In that period of time, if you’re engaging in high-risk activities that could also lead you to get infected while waiting,” she said.
Still, Wen said that safest dating for now is meeting up with vaccinated people. “If two people are fully vaccinated, live alone and it’s been two weeks since the second shot, then they can see each other safely,” she said.
Source: Read Full Article