The Los Angeles County Department of Public Health confirmed 1,103 new cases of Covid-19 on Tuesday. It’s the fifth consecutive day cases have been over 1,000. For perspective, one month ago the 5-day average of cases was 201. Today today the 5-day average is 1,095; this is an increase of more than 500% in just one month.

That increase has come even as testing has dropped precipitously, which means the actual rise of infections is likely much greater as there are fewer chances to identify cases. See graph below. 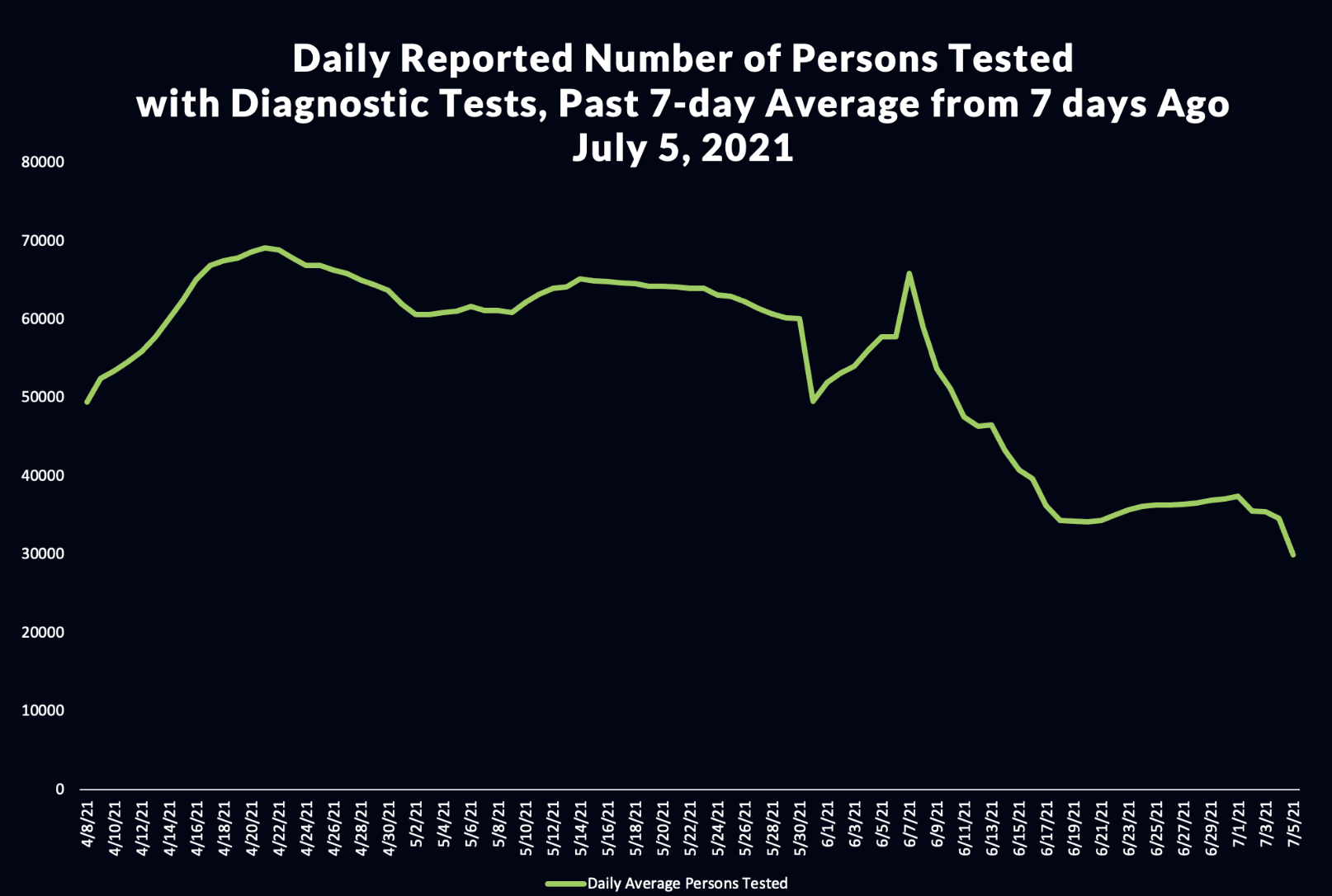 A more reliable number, the 7-day average test positivity rate, has increased nearly 700% from the 0.5% seen a month ago to Tuesday’s 3.4%. On Sunday it was 2.4%, so it’s risen over 40% in the last 48 hours alone. See chart below for a graphic representation. 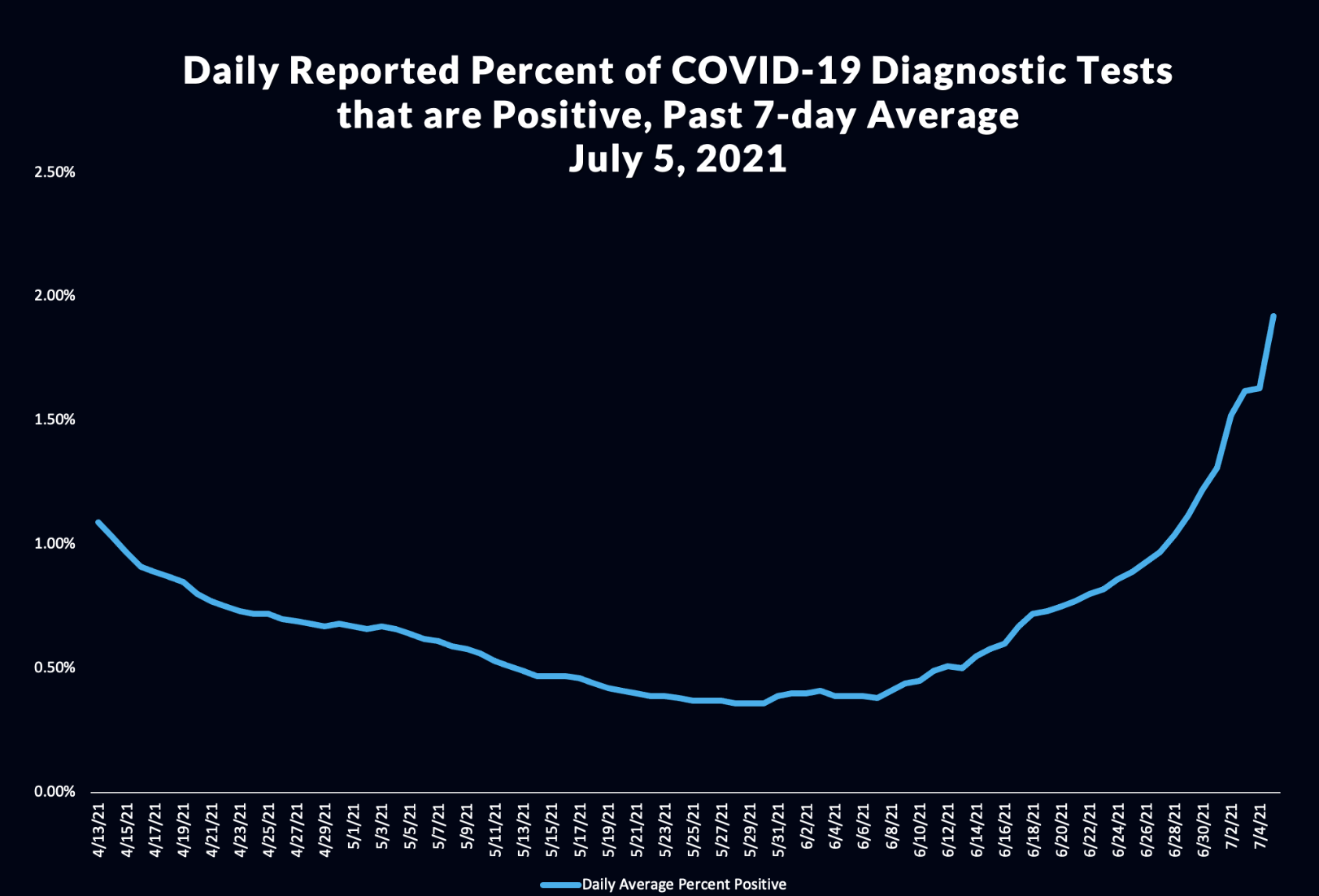 And, despite assumptions formed early in the pandemic, the spread is not happening among residents over 50.

Local health authorities said Saturday that transmission of Covid is increasing among younger, unvaccinated county residents. Of the 1,094 new cases reported by the Los Angeles County Department of Public Health, 83% are among people under the age of 50 years old.

Officials say the vast majority of those new infections are among unvaccinated people and likely due to the more transmissible Delta variant, which is now the dominant Covid strain in the state. Last Thursday, variant cases identified through genomic testing in CA indicated a 71% rise in Delta in one week.

The Delta variant is considered responsible for mass infections in India and outbreaks in the United Kingdom and Israel. In the latter two countries, studies indicated that, as a U.K. report said, “the increase was driven by mostly non-vaccinated young people.”

To date, Public Health officials have identified 1,259,772 positive cases of Covid-19 across all areas of L.A. County and a total of 24,554 deaths. Of the 12 new deaths reported today, six people that passed away were over the age of 80, four people who passed were between the ages of 65 and 79, and one person who passed was between the ages of 50 and 64.

There are 376 people with Covid currently hospitalized. That’s up slightly from Monday and more significantly over Friday’s 336 patients. About 23% of those people are in the Intensive Care Unit.