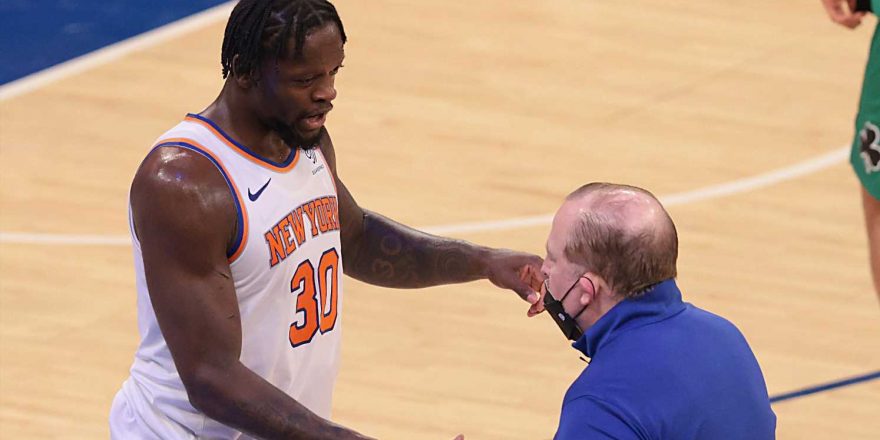 Before the Knicks hired Coach Tom Thibodeau and before Leon Rose took over basketball operations, general manager Scott Perry, a holdover from the previous Knicks front-office regime, saw something in Julius Randle.

He had a decent season for a non-playoff, lottery-bound team.

But it took Thibodeau – and the required hard work from Randle – to unlock his potential.

In his seventh NBA season and on his third team, Randle had a career season, averaging 24.1 points, 10.2 rebounds and six assists while shooting 45.6% from the field and 41.1% on 3-pointers.

On Tuesday, Randle was named the NBA’s 2020-21 Most Improved Player. His son, Kyden, presented the award during a segment on TNT.

Julius Randle’s son Kyden surprised him with the Most Improved Player award. 💙🧡

He is the first Knicks player to win the award, and it wasn’t close. He had 98 of 100 potential first-place votes, finishing with 493 points – ahead of Detroit’s Jerami Grant (140 points) and Denver’s Michael Porter Jr. (138 points).