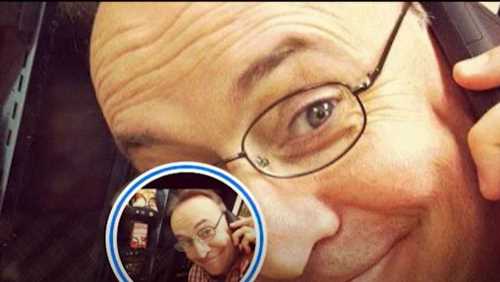 KFI-AM radio host Tim Conway Jr. and his executive producer, Sheron Bellio, have been suspended this week without pay for a skit they performed on May 3 that was filled with Asian-American insults and racist stereotypes. The suspensions came after pressure from Guy Aoki, the civil rights leader and founding president of the Media Action Network for Asian Americans.

In the nearly five-minute skit, Conway pretended to interview Yuko Sakamoto – the wife of local radio personality Vic “The Brick” Jacobs – who was impersonated by Bellio in a stereotypical Japanese accent, even though the real Sakamoto does not speak with an accent. During the skit, Bellio shouted numerous variations of “Hiya!” “Heeyah!” “Heeyo!” and other supposed martial arts noises and sprinkled her put-on with the sound of gongs and goofy Zen haikus that were “brought to you by Subaru.”

Ironically, Bellio had been named the station’s Employee of the Month on May 1 – the start of Asian American/Pacific Islander Heritage month.

You can hear the skit here:

Conway and Bellio issued on-air apologies Friday night, and the station has aired two new public service announcements on the subject of anti-Asian hate crimes and has committed to airing a two-hour special with Aoki focusing on anti-Asian violence and stereotypes.

“On May 3rd during our show, I did an impression in which I perpetuated stereotypes of Asian Americans, only adding to an already difficult time for many,” Bellio said. “I want to sincerely apologize for my actions that have offended and hurt listeners & anyone in the Asian American/Pacific Islander community. I am deeply sorry that my failed attempt at humor was insensitive and I feel horrible about that. My words tonight will never convey the shame that I’m feeling because of my actions and I just – I really want to apologize.”

Said Conway: “Both Sheron and I will be off next week – yep, suspended. We whole-heartedly agreed with that decision and, again, we are both incredibly sorry. We will look forward to returning to the show on Tuesday, June 1st, with a fresh perspective.”

He added: “We believe it’s important to take this time to recognize the issue of hate crimes against Asians that have significantly increased over the last few months. In fact, these crimes have doubled in the last month. And over the last year and a half, Asian Americans across this country including in our very own Southland communities, have endured despicable and sickening acts of hate & violence, fearing for their safety and the safety of their families.”

In their absence, Mark Thompson and Wayne Resnick are filling in for them this week.

Aoki, however, didn’t think the apologies went far enough. “We were disappointed that they didn’t mention to their audience what they’d done, so those who weren’t listening when the bit originally aired had no idea why Tim and Sheron are getting suspended. However, MANAA hopes we’ve educated people in the radio industry about the dangers of on-air stereotyping and they will think twice before doing something like that again.”

Last March, MANAA got Jay Leno to apologize for making a series of jokes about Koreans and Chinese eating dogs and Chinese restaurants serving dogs and cats while host of The Tonight Show and in 2019 while a guest judge on America’s Got Talent. The apology came after MANAA asked the producers of his upcoming game show You Bet Your Life to fire him as host or the group would boycott its advertisers.

And this is not the first time MANAA has asked a KFI disc jockey to apologize for comments made on the air. In 1996, MANAA and representatives from the Asian Pacific American Legal Center (now the Asian Americans Advancing Justice), National Hispanic Media Coalition and Nosotros met with the station’s management and morning man Bill Handel after he said of figure skaters Michelle Kwan and Kristi Yamaguchi, “I’m tired of seeing slanted-eyed figure skaters winning all the time” and “When I look at a box of Wheaties, I don’t wanna see eyes that’re like all slanted and Oriental and almond-shaped. I want American eyes looking at me!”

Handel, who still is on the air at KFI, subsequently apologized.

Aoki became involved in the latest incident after a longtime fan of The Tim Conway Jr. Show contacted MANAA and emailed Conway to express his dismay. Conway responded: “Appreciate your email. It wasn’t an attack on Asian Americans it was an impersonation of Vic the Brick Jacobs who is known for his Zen sayings, haikus and his wife’s name happens to be Yuko – it would’ve been the same impersonation if her name was Jane Wells. The bit was that Vic’s wife sounds exactly like him not that she is Asian – that is how he talks, how he has for 30 years.”

Aoki then reached out to KFI program director Robin Bertolucci and assistant program director Neil Saavedra. “I told them I’ve been doing this for 29 years and as far as L.A. radio goes, that’s one of the worst things I’ve ever heard,” Aoki said. He also suggested that they do what he calls “the substitution test.” “Plug in the black or Jewish equivalent of what they did and see how that looks. If Vic were married to a black woman who was as intelligent as Yuko and spoke with no accent, it would be like having Sheron imitating her in ‘ghetto-speak.’ No one on KFI would ever have thought that could air without them getting fired, let alone suspended.”

Aoki also contacted the real Sakamoto and her husband, Jacobs. “When I tracked down Ms. Sakamoto,” he said, “I was shocked to learn that she had met Sheron Bellio on many occasions, meaning Bellio knew Sakamoto spoke with no accent yet imitated her with one anyway and threw in any stereotyped Japanese things she could think of. Yuko told me she listened to the parody but had to stop because it offended her as well as her husband. Yuko said Vic was surprised at the parody and would’ve expected an apology.”

Despite his dissatisfaction with their apologies, Aoki said that he and MANAA “now looks forward to working with KFI on projects that will help create a better understanding of, and support for, the Asian American community.”