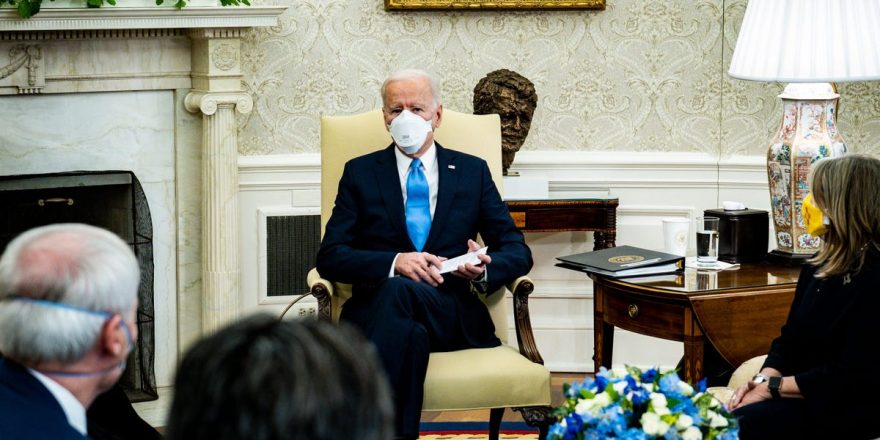 After his $1.9 trillion stimulus package passes, President Joe Biden is setting his sights on what could be an even bigger bill: infrastructure.

And Democrats are already considering ways to go about spending without Republican support.

The president began holding talks on the matter on February 11, when he met with a bipartisan group of four senators to discuss the future of infrastructure funding. On February 17, he called top labor leaders to the Oval Office to hear about their priorities in such a package.

In a Thursday interview with CNBC before meeting with Biden, Democratic Rep. DeFazio said he planned to propose the idea of using reconciliation to fund an infrastructure bill and have specific projects within the bill be passed on a bipartisan basis.

“Clearly the president wants to try bipartisan, and I’m willing to try that,” DeFazio, a Democrat, said.

However, in a statement shortly afterward, the Republican Graves said legislation “cannot be a ‘my way or the highway’ approach like last Congress,” referring to previous Democratic legislation.

“The President, Vice President, Secretary, and Members of Congress discussed their shared commitment to working across the aisle to build modern and sustainable infrastructure in rural, suburban, and urban areas across the country that create good-paying, union jobs and support the economic recovery,” the White House said in a statement following the meeting.

During his campaign, Biden proposed a $2 trillion infrastructure plan that would focus on job creation and climate progress, but Press Secretary Jen Psaki has declined to settle on an exact price tag and said in a February 25 briefing that would come after the stimulus plan is passed.

DeFazio did not immediately respond to Insider’s request for comment.

Graves emphasized in his statement that he does not want “another Green New Deal disguising itself as a transportation bill.” Biden’s campaign proposal on infrastructure heavily focused on climate-related initiatives that would create jobs.

On Wednesday, the American Society of Civil Engineers gave the US a C-minus grade on its four year infrastructure report card and said the country needs $2.8 trillion in national road and rail transportation in the coming decade.

After the White House meeting, DeFazio declined to disclose specifics but told reporters the conversation topics included how to pay for the bill.

“He [Biden] wants to move as quickly as possible,” DeFazio said. “He wants it to be very big and he feels that this is the key to the recovery package.”