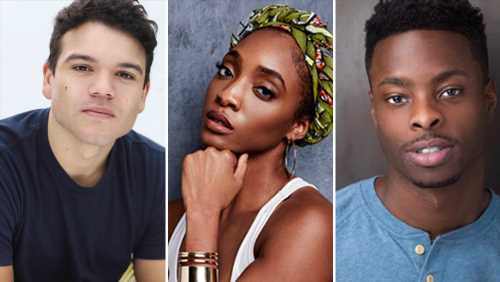 Josh Andrés Rivera, who plays the pivotal role of Chino in Steven Spielberg’s adaptation of West Side Story, has signed with Paradigm for representation. Rivera stars opposite Ansel Elgort, Rachel Zegler and Ariana Debose in the film that is currently in theaters nationwide. Rivera recently wrapped production on Susanna Fogel’s anticipated psychological thriller Cat Person for Studiocanal and New Yorker Studios, based on Kristen Roupenian’s short story. Rivera also was a series lead in the HBO Max pilot Vegas High, directed by Gillian Robespierre and produced by Michael Showalter. On stage, Rivera most notably performed in the original company on the first national tour of the Tony-winning musical Hamilton. Rivera continues to be repped by Silver Lining Entertainment.

Innovative Artists has signed Iantha Richardson for representation. Richardson is known for her starring role as Tessa on BET’s American Soul. She also recurs on Freeform’s Good Trouble and the hit NBC drama, This Is Us, playing adult Tess opposite Sterling K Brown and Susan Kelechi Watson. Richardson began her career with guest spots on the TV series Journey of a Goddess and Jones.