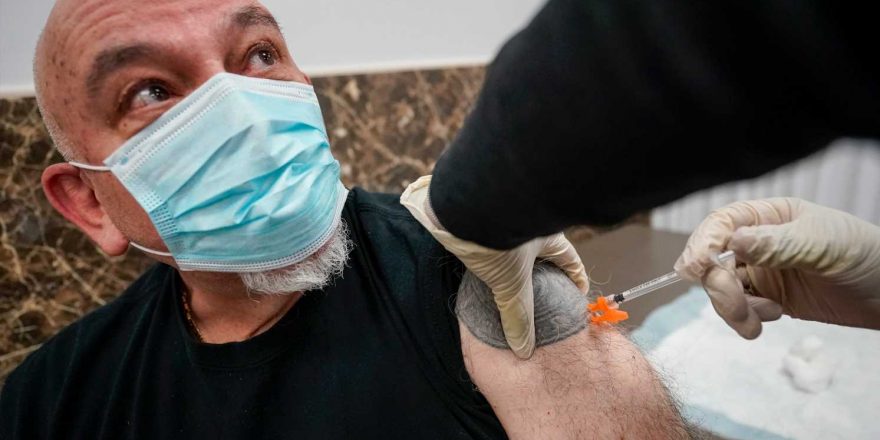 The allocation of Johnson & Johnson vaccine doses from the U.S. government is expected to fall by 85% next week, reported the Centers for Disease Control and Prevention.

Only about 785,000 Johnson & Johnson vaccine doses are slated to roll out to states and other jurisdictions next week, compared to five million doses this week.

The decline in supply comes after the company had to discard 15 million doses of its coronavirus vaccine last month because the batch did not meet quality standards.

The decline in J&J doses has forced at least one state’s officials to revamp some distribution plans. Connecticut recently learned that its expected shipment of 20,000 J&J doses next week will drop to 6,000 and then down to 2,000 the following week, interrupting plans to target vaccinations for college students.

Also in the news:

►A mass vaccination site in Colorado was shut down after 11 people suffered “adverse reactions” including nausea and dizziness after receiving the one-dose Johnson & Johnson vaccine.

►Vermont is preparing to welcome the return of Amtrak passenger rail service and inter-city bus services to the state, the Agency of Transportation announced Thursday.

►The French Open tennis tournament will be delayed by one week in May because of the coronavirus pandemic, organizers said Thursday.

►The University of Notre Dame announced Thursday that it would become the latest college to require all students to be fully vaccinated against COVID-19 for the fall semester.

►The state of Florida has filed a lawsuit against the federal government to demand cruise ships start sailing.

📈 Today’s numbers: The U.S. has nearly 31 million confirmed coronavirus cases and 560,000 deaths, according to Johns Hopkins University data. The global totals: More than 133.7 million cases and 2.89 million deaths. At least 225.2 million vaccine doses have been distributed in the U.S. and 171.4 million have been administered, according to the CDC.

📘 What we’re reading: After COVID-19, post-traumatic growth could bring creativity, joy back into your life. But perhaps not until 2024. Read the full story.

USA TODAY is tracking COVID-19 news. Keep refreshing this page for the latest updates. Want more? Sign up for our Coronavirus Watch newsletter for updates to your inbox and join our Facebook group.

A man receives the Johnson & Johnson COVID-19 vaccine on Thursday at a pop-up vaccination site at the Albanian Islamic Cultural Center in the Staten Island borough of New York. (Photo: Mary Altaffer, AP)

A massive study conducted during the pandemic estimates 1 in 3 COVID-19 survivors were diagnosed with a neurological or psychiatric condition within six months of infection.

The study, published Tuesday in the peer-reviewed journal The Lancet Psychiatry, used more than 230,000 electronic health records of COVID-19 patients mostly in the U.S. looking at 14 different brain and mental health disorders.

Thirty-four percent of survivors were diagnosed with at least one of these conditions, with 13% of these people being their first recorded neurological or psychiatric diagnosis. Mental health diagnoses were most common among patients, with 17% diagnosed with anxiety and 14% diagnosed with a mood disorder.

Although neurological diagnoses were more uncommon, they were more prevalent in patients who had been seriously ill during a COVID-19 infection. For example, 7% of patients who were admitted to intensive care had a stroke and 2% were diagnosed with dementia.

If UK is any sign, vaccines may blunt impact of spring surge in US

Wednesday’s announcement by the CDC that the highly transmissible coronavirus variant first identified in Britain is now the dominant strain in the U.S. carries ominous implications, but recent developments in the United Kingdom offer a ray of hope.

Researchers at Imperial College London found that COVID-19 infections dropped about 60% in March as national lockdown measures slowed the spread of the virus. People 65 and older were least likely to be infected as they benefited most from the vaccination program, which initially focused on older people.

In the U.S., even though infections have increased by 14% over the last two weeks, the rate of hospitalizations is only up 5% and reported deaths – which typically lag by about four weeks – are down 31%, according to the New York Times tracker.

The U.S. trails only Britain among large countries in the number of vaccine doses administered per 100 people, 55-51. By comparison, France is at a little under 19. The U.S. has also given at least one vaccine shot to 75% of its population age 65 and older, which is most vulnerable to the virus.

That suggests the spring surge so many health experts are dreading won’t be as brutal as the one in the winter, which was capped by a record 95,000-plus deaths in January.

“It’s almost a race between getting people vaccinated and this surge that seems to want to increase,” presidential adviser Dr. Anthony Fauci told CNN on Wednesday.