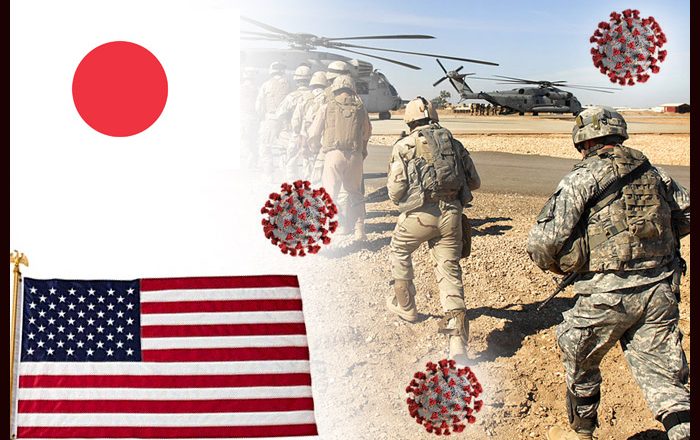 Japanese Foreign Minister has urged his American counterpart to impose curfews on U.S. bases in Japan, as U.S. military personnel continue to test positive for Covid there.

Hayashi told reporters after the conversation that he urged Blinken to introduce stricter coronavirus measures to prevent the virus from spreading further and to “alleviate local anxiety among the Japanese public.”

Blinken promised to do everything the U.S. Government can by working together with Tokyo to curb the virus spread.

U.S. Forces Japan said in a release issued after the talks that “more stringent mitigation measures” will be introduced for all U.S. military installations in Japan “due to the recent increase in COVID-19 cases” at their facilities.

“Due to the recent increase in COVID-19 cases at US installations and throughout Japan, Commander of U.S. Forces in the country has decided to raise the Health Protection Condition level from Alpha to Bravo for all U.S. military installations nation-wide, establishing more stringent mitigation measures in a further effort to prevent virus transmission,” U.S. Forces Japan said in a press release.

The measures include requiring all U.S. military personnel to wear masks off base and for stricter testing mandates.

More than 800 US military personnel are reportedly in quarantine in Okinawa prefecture after they were found to have infected with the virus.

Kishida said the move comes in response to request by the governors of these prefectures who attributed surging COVID-19 cases to the spread of the Omicron strain at U.S. military bases.