J.C. Penney Bankruptcy Shows That Retailers Need to Slim Down

For a half-century, J.C. Penney Co.’s store count grew along with American malls, eventually earning the company the crown as the most ubiquitous retailer anchoring those centers. It now operates about a fifth of all the anchor stores in U.S. malls. But when the department-store chain filed for bankruptcy on May 15, it said it would close more than a quarter of its 846 stores.

That retrenchment reflects a dire financial position: J.C. Penney’s $8 billion debt burden was simply too heavy to bear. But it also signals a growing realization among brick-and-mortar retailers that the relentless pursuit of growth in number of stores hasn’t served them particularly well for years. The amount of merchandise sold per available square foot of selling space in stores has fallen in recent years, while rents have continued upward. And the explosion in online shopping means fewer consumers trek to malls. Now Covid-19 could finally force a reckoning for overstored America. One result: As the lights come on after an almost total shutdown of national chains, many retailers are deciding some of their stores will stay dark forever. 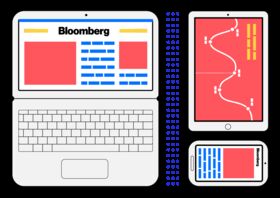