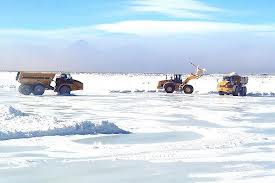 In February, Vancouver, B.C.-based lithium miner Sigma Lithium Corp. (NASDAQ: SGML) raised C$42 million in a private placement at C$4 a share. On Monday, the company listed shares on the Nasdaq and the Toronto New Ventures exchange (TSVX) valued at C$10.25 (around $8.05) per share. Not a bad showing for just over six months, but things could get tougher fast in the lithium production business.

The junior miner is entering a crowded sector that may not currently be too attractive to new investors. Last month we looked at two recent additions to the lithium-mining segment through the lens of Bank of America analysts, who were not particularly sanguine about the industry.

BofA had reiterated Underperform ratings on Livent Corp. (NYSE: LTHM) and Albemarle Corp. (NYSE: ALB) while raising their price targets on both companies. As we noted then, the analysts expect lithium production to double in 2022, led by increases at Albemarle, Chile-based Sociedad Química y Minera de Chile S.A. (NYSE: SQM) and Canada-based Lithium Americas Corp. (NYSE: LAC), along with a handful of Australian firms.

Sigma Lithium’s Brazilian project, Grota do Cirilo, is expected to reach Phase 1 production of 220,000 metric tons per year (tpa) beginning in 2022 and doubling that to a Phase 2 total of 440,000 tpa “within approximately one year.”

The project’s spodumene ore processing plant uses a proprietary and environmentally sustainable technology called dense media separation instead of floatation to process the ore into high-purity 6% battery-grade lithium concentrate. All but 10% of the water that is lost to evaporation is reused, and the plant will draw 100% of its electricity (renewable) from a nearby hydropower plant. Tailings from the processing plant are dry-stacked, not stored in wet tailings ponds like the Vale tailing dam in Minas Gerais, Brazil, that failed in 2019, killing up to 270 people. The Grota do Cirilo plant also expects to reach net-zero carbon emissions by 2023.

It remains to be seen if Sigma Lithium can parlay its environmental promises with social action and governance transparency to become a true ESG investment that feeds into the even larger ESG potential of electric cars and other clean energy products.

Looking at the share prices of two lithium miners we covered last month, we see that Standard Lithium has dropped more than 10% since mid-August to trade at around $6.40 Monday morning, in a 52-week range of $0.94 to $9.09. The average daily trading volume is around 1.2 million shares.