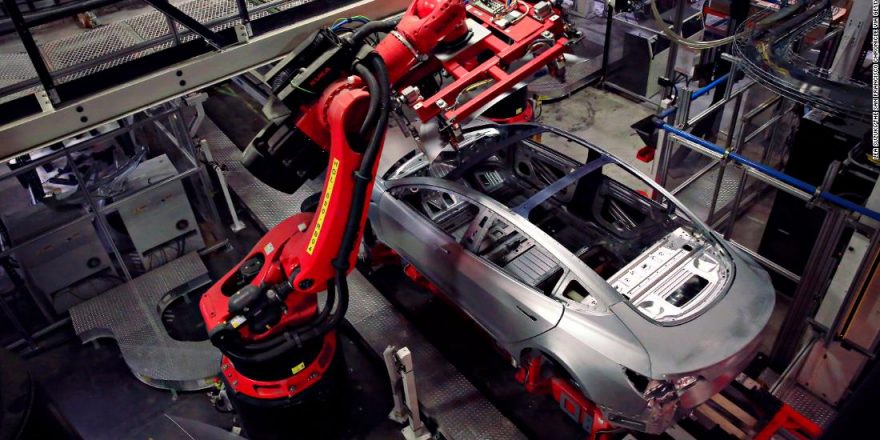 New York (CNN Business)A former worker at Tesla’s Fremont, California, factory was subjected to a racially hostile workplace, according to a federal jury, which awarded him $136.9 million in damages Monday.

Owen Diaz, the plaintiff in the case, reported he regularly heard racial slurs, including the n-word, on the Fremont factory floor, and saw racist graffiti in bathrooms and a racially insensitive cartoon.
The verdict included $6.9 million in compensatory damages and $130 million in punitive damages. The case was decided by an eight-person jury in San Francisco which included one Black juror, according to Lawrence Organ, Diaz’s attorney.

Tesla did not respond to a question about whether it intends to appeal, which can only be filed after some post-trial motions. David Oppenheimer, a professor and director of the Center on Comparative Equality and Anti-Discrimination Law at the University of California Berkeley, said he believes it is the largest monetary award to a single plaintiff for racial harassment.

“Owen Diaz stood up to one of the richest companies in the country and the jury heard him and believed him and sent a message to Tesla that what it did was wrong,” Organ said.

In a blog post on the company website Monday, the head of Tesla’s human resources department said the automaker strongly believes “these facts don’t justify the verdict.”
“We do recognize that in 2015 and 2016 we were not perfect. We’re still not perfect,” said the post by Valerie Capers Workman, Tesla’s vice president, people. “But we have come a long way from 5 years ago. We continue to grow and improve in how we address employee concerns.”
Workman, who is Black, wrote that there were no witnesses to Diaz being called the n-word. And she claimed that although witnesses testified that they “regularly heard racial slurs (including the n-word) on the Fremont factory floor,” she said “that most of the time they thought the language was used in a ‘friendly’ manner and usually by African-American colleagues.”
Organ described Workman’s claims about how the racial epithet was used as “preposterous and shows you the lack of sensitivity at Tesla.”
“They need to clean up their act,” he said. “Our hope is this verdict will make them wake up and do something.”
Diaz was not directly employed by Tesla (TSLA) but worked for an outside contractor at the plant in 2015 and 2016. However the jury found that he was a joint employee of Tesla and the contractor.
Workman referred to Diaz in her post as an “elevator operator.” Organ said that is an attempt to diminish Diaz’s work since his duties included using a fork lift to move key parts between factory floors. Diaz, 53, is now working as a bus driver in Oakland, Organ said.
Workman also claimed that Diaz did not complain about the use of the n-word until after he was not hired full-time by Tesla — and after he hired an attorney. She also said that all three times Diaz complained about harassment, Tesla stepped in and made sure responsive and timely action was taken by the staffing agencies, resulting in two contractors being fired and one who had drawn a racially insensitive cartoon being suspended. 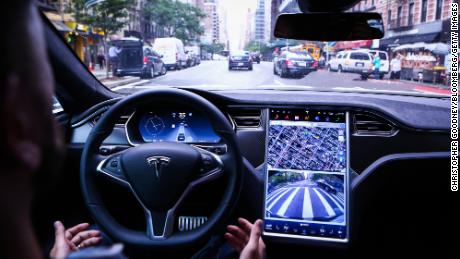 But Organ said Tesla never introduced proof of those contractors’ dismissals in court or during the discovery process. And he said that a Tesla supervisor who was accused of harassing Diaz was not dismissed. Tesla did not comment beyond Workman’s statement.
Diaz held his head in his hands as the verdict was read, according to the Wall Street Journal, which was first to report the ruling.
“It shines a light on what’s going on inside of Tesla’s factory,” Diaz told the paper. “Elon Musk, you’ve been put on notice. Clean that factory up.”
This is not the first case involving employees charging that the Fremont factory was a racially hostile workplace.
In May Melvin Berry, a former Tesla employee, won a $1 million judgment after an arbitrator found that he was called racial slurs by supervisors and subjected to other racially hostile conduct.
But Organ also has lost cases alleging racial harassment at Tesla.

Because of the terms of employment at Tesla, Berry was not allowed to bring a court case as Diaz was able to, but had to proceed through arbitration. Organ also represented Berry.
Tesla now requires all contractors working at the plant to also agree to have disputes settled by arbitration rather than in court, Organ said. But he has another federal suit which he is attempting to have certified as a class action case against Tesla also alleging racial harassment. He said he has had more than 100 victims join that case.
Source: Read Full Article