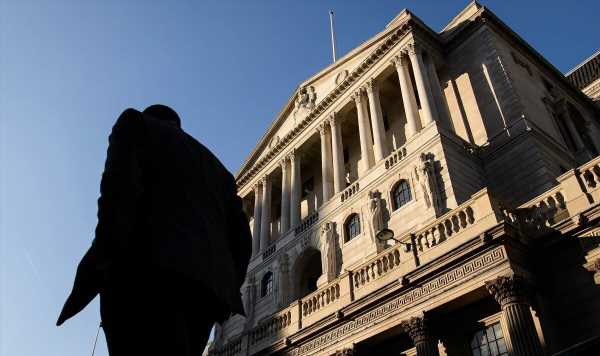 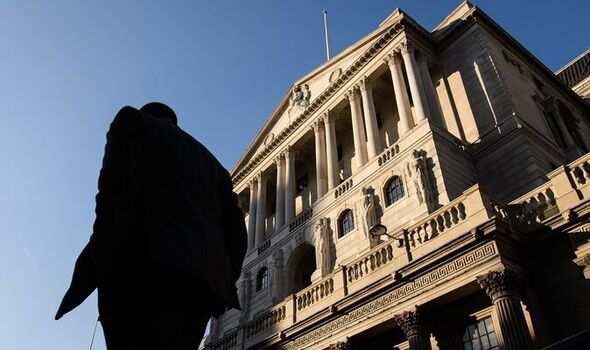 The Bank’s policymakers, led by Governor Andrew Bailey, are set to agree a move from 0.75 percent to one percent on Thursday. Inflation hit a 30-year high of seven percent in March and continues to rocket. It is tipped to hit nine percent or even double digits by the autumn. Households are suffering a bills nightmare, compounded by the Ukraine war.

The Monetary Policy Committee (MPC) has already increased interest rates at each of its past three meetings to a level not seen since early 2009.

The cost crunch is expected to tighten further in October when the energy price cap is revised once again.

It soared 54 percent to £1,971 in April – meaning millions of households on standard or variable tariffs must find an extra £693 a year As the nation tightens its belt, UK growth is certain to suffer and the Bank is likely to trim its outlook for the economy as well on Thursday.

Investec economists said: “The UK is in the grip of the cost-of-living crisis.

“Coupled with tax rises, this leaves a rocky road ahead.”

They expect a recession will be avoided, thanks in large part to the savings built up by households in the pandemic, but said slowing growth and escalating inflation “leaves the MPC in a bind”.

Investec is pencilling in another rate hike in August to 1.25 percent.

But it believes the Bank will pause after this “to assess how big the effect of the real income squeeze on activity turns out”.

Investec then predicts two more rate rises in 2023. Growth already began to weaken in February as the bills horror took hold. Figures show expansion of just 0.1 percent, down from 0.8 percent in January.

The Bank said last month it believed growth would stand at about 0.75 percent in the first quarter, up from previous expectations for gross domestic product to remain flat. It also found the jobs market holding up well.

But many experts see GDP flatlining in the second quarter as consumer confidence falters in the face of surging price pressures.