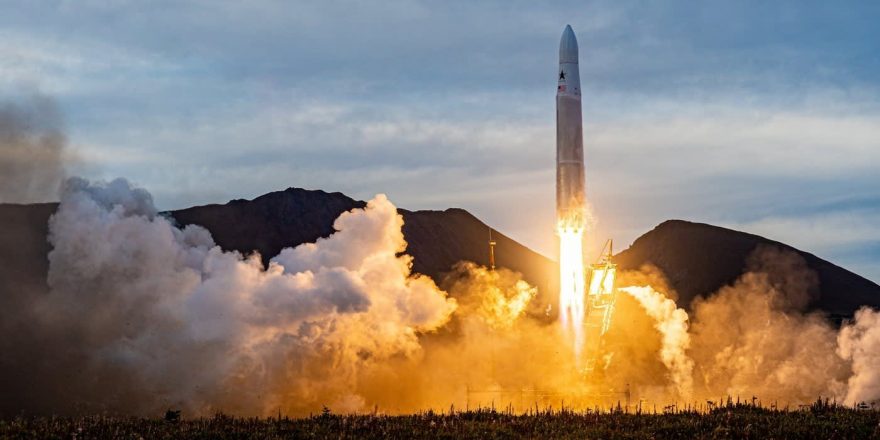 In race to provide internet from space, companies ask FCC for about 38,000 new broadband satellites

A flurry of space companies filed requests with the Federal Communications Commission on Thursday for new or expanded broadband networks, asking the regulator for approval of nearly 38,000 total satellites.

Amazon, Astra, Boeing, Inmarsat, Intelsat, Hughes Network, OneWeb, SpinLaunch, and Telesat are among those asking the FCC for access to what is known as V-band spectrum, a range of frequency that the companies hope to use to provide global broadband service from space.

The FCC's deadline for its latest processing round of proposals to use V-band was Thursday at midnight, driving the influx of applications.

"The most difficult aspect of building a [low Earth orbit] broadband system is acquiring the spectrum, not building and launching satellites. This is an attempt by every company with any future plans to stake a claim on beachfront that's currently unclaimed," Quilty added.

Notably, the companies which applied on Thursday have a variety of backgrounds and existing plans.

The number of satellites in each company's new or expanded constellation proposed on Thursday:

Elon Musk's SpaceX, which has deployed 1,740 of its Starlink broadband satellites already, was not among the recent batch of applicants. The FCC previously authorized SpaceX to launch about 7,500 V-band Starlink satellites, and the company is working on plans for nearly 30,000 satellites in its "Gen2" system.

Why companies are filing

How the FCC responds to the flood of applications, and which ones receive authorization to move forward, is unclear. But the motivation is, Summit Ridge Group president Armand Musey said. His consultancy specializes in valuations for companies in the telecom and satellite industries.

"Everybody wants to put a stake out there and one way to put a stake out there is to file for a constellation and then, down the road, they'll figure out how exactly they want to implement it or if they want to propose some changes to their initial filing. But if you don't have a sort of a stake in the ground in terms of a filing, you're kind of giving up your option to participate," Musey told CNBC.

Additionally, the FCC's historical role in this is analyzing whether applicants filed correctly, Musey said, rather than "make judgments based on evaluating business plans."

One major issue from the potential jump in the number of satellites in low Earth orbit is the risk of collisions and creating new space debris. Companies' proposals include maneuvering systems and using the atmosphere to burn up any defunct satellites, as a way to combat that risk. The proposals also include a wide range of altitudes, ranging anywhere from as little as 600 kilometers above the Earth to 10,000 kilometers or more.

"Space debris is one of the issues that's becoming increasingly important in the industry," Musey said. "If you have too many satellites up there and you have them starting to crash into each other, you can create a chain reaction that sometimes called the Kessler syndrome."

"That's the existential threat that people are concerned about with all these satellites, and there's not really a great central authority, outside of individual governments, to police and make sure that satellites are put up responsibly," Musey added.

Satellite communications systems have traditionally focused on lower frequencies of spectrum, such as C-band, but have increasingly moved toward higher but more difficult to utilize frequencies such as Ka-band, Ku-band, and now V-band.

"It's harder to work with, but you can get actually get more bandwidth and more throughput, and the technologies to use V-band are becoming more and more viable," Musey said.

The business model is "still being speculated" with market focus, potential broadband speeds and more reflected in the "wide variety of different constellation proposals out there" Musey said. For now, V-band is "essentially an asset you can trade to get business."

Making use of V-band "is a bottom line issue of physics," Quilty said.

"The higher the frequency you go, the more susceptible you are to rain fade and weather attenuation and other issues that degrade the signal," Quilty said.

"The whole history of wireless communications, satellite or terrestrial, has been a slow migration to higher frequencies over time," Musey said. "The issue is: When do you get it down to the prices that are commercially viable?"

Quilty also highlighted the lack of a robust supply chain as another challenge for companies wanting to build V-band satellites and ground systems.

"It's expensive, it's early stage, and there are limited sources of supply," Quilty said. "I would argue that companies that are trying to build these components on their own are going to run into significant engineering challenges."