IMF warns about the 2 big challenges – Covid and growth 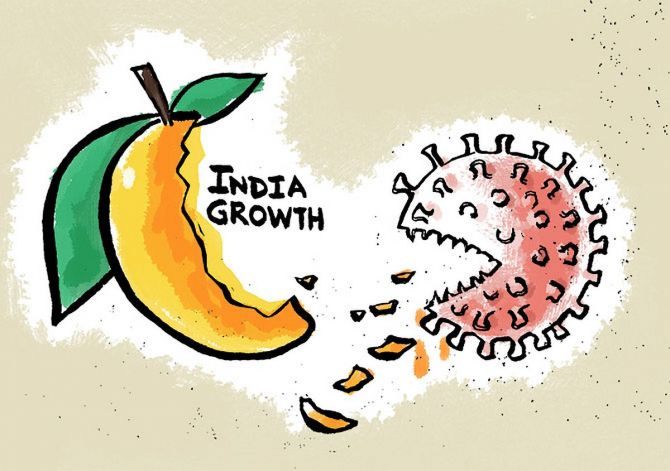 “A pandemic that has already cost more than a million lives.

“An economic calamity that will make the world economy 4.4 per cent smaller this year and strip an estimated $11 trillion of output by next year.

“And untold human desperation in the face of huge disruption and rising poverty for the first time in decades,” she said, addressing the annual meeting of the IMF’s Board of Governors.

“Once again, we face two massive tasks: to fight the crisis today and build a better tomorrow,” she said.

She said what was true at Bretton Woods, when allies at the end of World War II gathered for a conference to create the institutions that would use economic cooperation to prevent future conflicts, remains true today.

Strong medium-term frameworks for monetary, fiscal and financial policies, as well as reforms to boost trade, competitiveness and productivity can help create confidence for policy action now while building much-needed resilience for the future, she added.

“We know what action must be taken right now.

“A durable economic recovery is only possible if we beat the pandemic.

“Health measures must remain a priority. I urge you to support production and distribution of effective therapies and vaccines to ensure that all countries have access,” Georgieva said.

She also urged countries to continue support for workers and businesses until a durable exit from the health crisis.

“We have seen global fiscal actions of $12 trillion.

“These synchronised measures have prevented the destructive macro financial feedback we saw in previous crises,” she said.

“But almost all countries are still hurting, especially emerging market and developing economies.

“And while the global banking system entered the crisis with high capital and liquidity buffers, there is a weak tail of banks in many in emerging markets.

“We must take measures to prevent the build-up of financial risks over the medium term,” she said.

The fund is providing debt relief to its poorest members and, with the World Bank, they support extension by the G20 of the Debt Service Suspension Initiative.

“Beyond this, where debt is unsustainable, it should be restructured without delay.

“We should move towards greater debt transparency and enhanced creditor coordination.

“I am encouraged by G-20 discussions on a Common framework for Sovereign Debt Resolution as well as on our call for improving the architecture for sovereign debt resolution, including private sector participation,” she said.

Georgieva said that to reap the full benefits of sound economic policy, they must invest more in people.

That means protecting the vulnerable. It also means boosting human and physical capital to underpin growth and resilience, she argued.

The IMF, she said, is working tirelessly to support a durable recovery and a resilient future as countries adapt to structural transformations brought on by climate change, digital acceleration and the rise of the knowledge economy.

Since the pandemic began, IMF has committed over $100 billion and still has substantial resources from its $1 trillion in lending capacity, she said.

“We will continue to pay special attention to the urgent needs of emerging markets and low income countries especially small and fragile states, helping them to pay doctors and nurses and protect the most vulnerable people and parts of their economies,” she said.